JFK inaugurated on this day in 1961

On the anniversary of JFK’s 1961 inauguration, Michael speaks with Professor Ian Bickerton, Associate Professor, School of History and Philosophy UNSW & author of John F. Kennedy: A Reference Guide to His Life and Works.

Serving at the height of the Cold War, the majority of his work as president concerned relations with the Soviet Union and Cuba.

A Democrat, Kennedy represented Massachusetts in the U.S. House of Representatives and Senate prior to becoming president.

On November 22, 1963, he was assassinated in Dallas, Texas. Vice President Lyndon B. Johnson assumed the presidency upon Kennedy’s death.

After Kennedy’s death, Congress enacted many of his proposals, including the Civil Rights Act and the Revenue Act of 1964. Kennedy ranks highly in polls on U.S. presidents with historians and the general public. 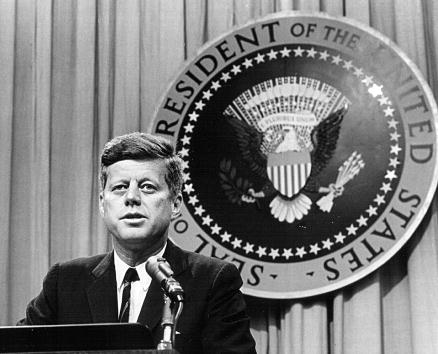