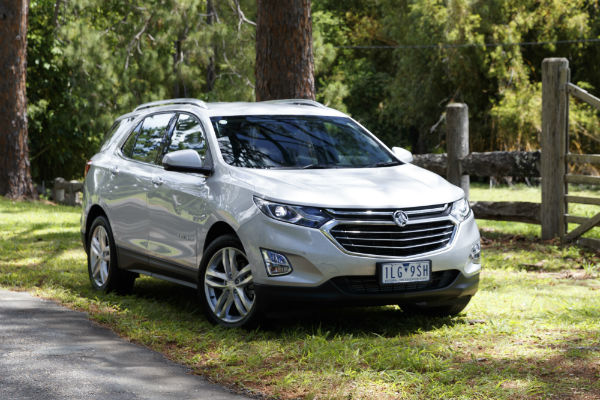 Just over a month from closing its local manufacturing facility in South Australia Holden this week launched its fully imported Equinox five-seat SUV. The Mexican-sourced Holden Equinox
effectively replaces the five-seat Captiva models, the seven-seat Captiva remaining until late next year. Holden’s Managing Director Mark Bernard admits “Holden sales and market share for 2017 has not been where we’d like it but what is undeniable though is the momentum we are building.” The arrival of the fully imported ZB Commodore in late February is expected to lift sales but will play a smaller part in Holden’s overall sales. As he says, “We are no longer the Commodore car company – nor are we a Colorado company – buyer habits have changes and we’re continuing to adapt as well. Next year we’ll have a diversified portfolio – sales much more evenly spread across the range.” Holden sales are expected to be made up of 30% light commercials, 35 per cent passenger vehicles and 35 per cent SUV’S. There’s a renewed vigour at Holden which I witnessed this week. Importantly purchase satisfaction is up – up from #7 to #2 and service satisfaction up from a low #14 to #6. H. I must admit I expected this Mexican-sourced SUV to show some assembly flaws – far from it – its General Motors second largest volume vehicle and the quality of finishes and body fitment impressive and very consistent across the four variants I drove – Holden had to make the Equinox a winner and they’ve done a great job – I’ll explain in my next segment. I’m David Berthon.