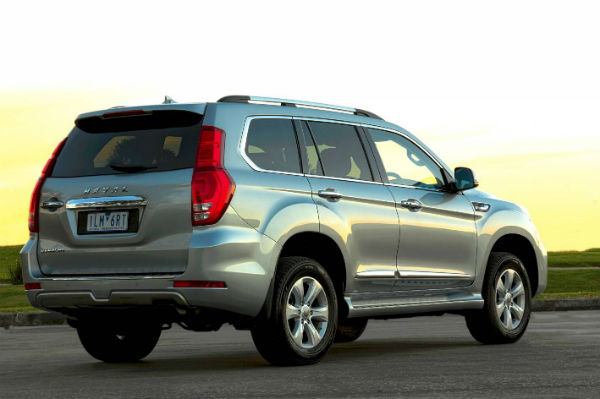 As I said earlier, I recently drove the Chinese-built Haval H9 Ultra SUV, Haval’s flagship six-seat SUV, updated for 2018, the 2.0-litre petrol four-cylinder uprated in power and torque, the six-speed automatic making way for an 8-speed ZF unit.
Also price reduced – now 45,990 drive-away and with an equipment list as long as your arm its extraordinary value. Yes I can hear you say but its made in China. On that score the body fit, paint quality and general drive-ability is very impressive and the Chinese are ramping up quality much quicker than the Korean’s did 15 years ago. The feature and equipment list is impressive with leather trim, ventilated, massaging and power front seats, a power sunroof, a reversing camera, power third row seats, the list goes on and on. On the down side it only has a four-star crash safety rating, it needs 95 RON fuel and the suspension at times on certain surfaces still needs a little refinement. I managed to match is city/country quoted economy figure of 10.9 L/100, the engine may be a four- cylinder petrol but it has nice mid-range torque and performs well off-road in low range. The Haval H9 has come a long way in just two years, $6,000 cheaper for a start with a lot more polish it wants for little. Unfortunately, the biggest hold back for this much-improved large Chinese SUV is the lack of dealers – in Sydney, just one at Lansvale. However, if you make the effort you’ll be surprised just how good it is. I’m David Berthon