An additional 13 councils across the country were added to the initiative on Friday, that will see each of them receive $1 million for local infrastructure, and drought relief programs.

But the program has been is in disarray, with South West Victorian council Moyne Shire claiming its not in drought, and will tonight vote to reject the funding.

Mayor Mick Wolfe wants to see the funding go to a region where it’s needed.

“If that money can go to someone who can really use it, and there’s plenty out there we know that can use it, so give it to them with our blessing,” Mr Wolfe said.

Federal Labor Agriculture spokesperson Joel Fitzgibbon has told Macquarie Radio other Local Government Areas, may also be not deserving of the funding.

“I got a text from a well known, and highly respected leader in the agriculture sector yesterday, and it simply said ‘just been through Kyogle, and it looks like a good year’ and I had no idea why he was sending me that message,” Mr Fitzgibbon said.

“I’ve checked, Kyogle of course was added to that list, now I’m not denying Kyogle any assistance, I don’t really know the situation on the ground, but the question will need to be asked.”

“We’ve been in drought for quiet a while now, I went to the Australian Local Government Conference in Canberra in June, and we pitched in with the minister there,” Cr Mulholland said.

“Out there is very, very dry, people have run out of water, they’re de-stocking, I’m not sure they’ll be able to restock.”

The council which less than 10,000 people call home is yet to determine exactly how million dollars will be spent, but the Mayor is assuring taxpayers it will be well spent.

“It’s a bit of process, I can’t really answer the question at the moment, because there’s so many options available, and so many things other councils are doing that we’ve yet to have those discussions,” Cr Mulholland said.

Federal Drought Minister David Littleproud is now seeking an audit of criteria, but is defending the process.

The department responsible for distributing the funding has confirmed all 13 Local Government Areas announced by the government are eligible.

Listen to the full interview with the Kyogle Mayor, as Cr Mulholland and Eddie speak about the process of getting funding, and how how severe the current drought conditions are. 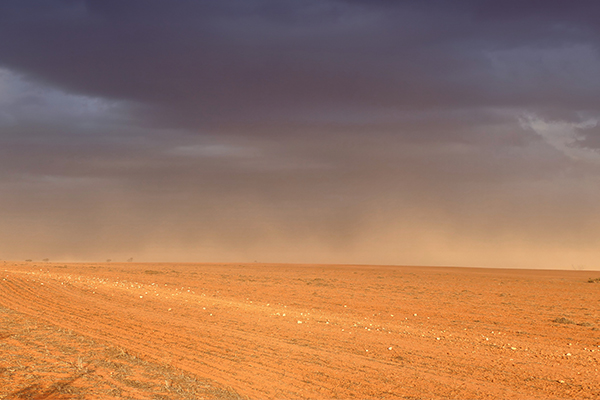