On January 18 1977, 84 people were killed when a bridge collapsed on top of a train at Granville in what remains Australia’s worst ever rail disaster.

41 years on Channel 7 News Director Jason Morrison sent Mark Levy a copy of a 2UE radio report from the scene of the accident.

Journalist Paul Makin was the first reporter on the scene that day, arriving before most emergency services even.

His live cross is one of the finest examples of reporting you will ever hear.

“God knows how many people are trapped under wreckage.”

“There’s somebody here who might have been in one of the carriages.

“You’ve got blood all over you are you ok?

“Well, I saw a few things in the war, it’s not very nice to look at them again.”

Paul joined Chris Kenny to reflect on that harrowing day.

“It was like a war zone. There was gas escaping, all sorts of things that could have made it worse.”

Paul says before the emergency crews arrived in force, every day Australians rushed to help the injured.

“I remember a butcher going down a ladder and assisting people who were injured.

“So many of the shop owners there came to people’s aid initially [and] saved many people which I thought was amazing.

“That’s what Aussies do when there’s any sort of tragedy. Aussies go in, roll the sleeves up and help. That’s just how we are. That was no more evident than on that day.” 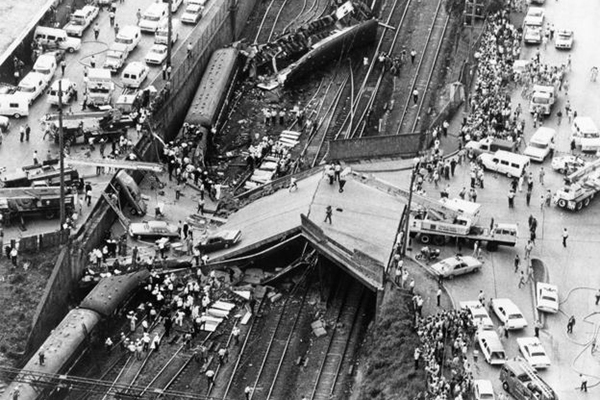