Anniversary of the Chernobyl disaster

On the anniversary of the Chernobyl Disaster, Michael is joined by Rob Maxwell, Contemporary Archaeologist at the University of Sydney, who is the only archaeologist to stand in the ruins of the world’s deadliest city.

The Chernobyl disaster occurred on Saturday 26 April 1986, at the No. 4 reactor in the Chernobyl Nuclear Power Plant, near the city of Pripyat in the north of the Ukrainian SSR and is considered the worst nuclear disaster in history both in terms of cost and casualties.

The reactor explosion killed two of the reactor operating staff. A massive emergency operation to put out the fire, stabilize the reactor, and clean up the ejected nuclear core began.

In the disaster and immediate response, 134 station staff and firemen were hospitalized with acute radiation syndrome due to absorbing high doses of ionizing radiation. Of these 134 people, 28 died in the days to months afterward and approximately 14 suspected radiation-induced cancer deaths followed within the next 10 years.

The initial emergency response, together with later decontamination of the environment, ultimately involved more than 500,000 personnel and cost an estimated 18 billion Soviet rubles—roughly US$68 billion in 2019, adjusted for inflation. 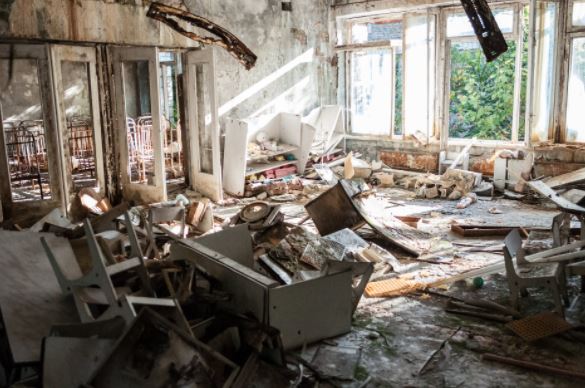