Michael is joined by Professor John Wong, Emeritus Professor of Modern History, University of Sydney, on the anniversary of Britain leasing Hong Kong from China for 99 years back in 1898.

During the second half of the 19th century, Britain had grown increasingly worried about the security of their free port at Hong Kong due to it being an isolated island, surrounded by areas still under Chinese control.

The British decided the answer would be to lease a buffer zone around Hong Kong that would make the island less vulnerable to invasion so in 1860, at the end of the Second Opium War, the UK gained a perpetual lease over the Kowloon Peninsula, which is the mainland Chinese area just across the strait from Hong Kong Island.

This agreement was part of the Convention of Beijing that ended that conflict.

In 1898, the British and Chinese governments signed the Second Convention of Peking, which included a 99-year lease agreement for the islands surrounding Hong Kong, called the “New Territories”.

The lease awarded control of more than 200 surrounding small islands to the British. In return, China received a promise that the islands would be returned to it after 99 years, at the end of the single negotiated term of lease. 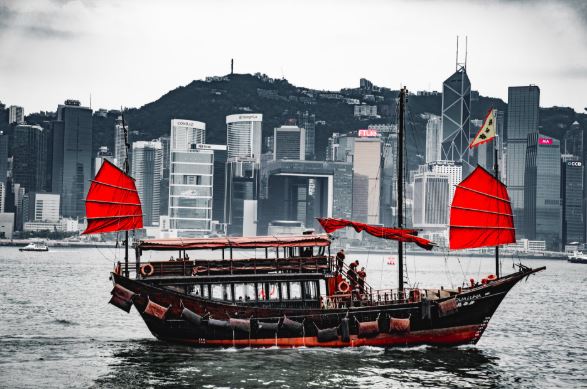