‘Ageism is a huge drag on Australia’s economic growth’

With the release of the latest Intergenerational Report (IGR), Luke Grant is joined by Marlene Krasovitsky, EveryAGE Counts Campaign Director, who say that a smaller, older Australia need not be feared if we can crush ageism and the key to achieving this goal is to make a concerted effort.

“Ageism is now a huge drag on our economic growth,” Ms Krasovitsky said.

“Our assumption that everyone over 65 is rushing to retirement does not stand scrutiny.  The latest data from the COTA Federation last week showed only 49 per cent of those over 65 had retired, down significantly from 2018 when 60 per cent were retired. The reality is most older Australians are living longer, healthier lives and they want, or need, to work longer. So what’s holding them back? Ageism.

“The IGR notes that the increased participation rate amongst older workers in recent years has been supported by greater life expectancy and better health, as well as greater work flexibility. But further gains are missed because of ageist recruitment processes and workplaces. Too many older workers want to work, but miss out because of negative assumptions based only on their age.

“The IGR has found that pretty much all participation increases over the next 40 years will come from people above the age of 40.Those projections will be hampered if we do nothing about the ageism that keeps keen older workers jobless. We simply can’t afford to continue carrying around ageist notions about older Australians. These mindsets are holding us back.” 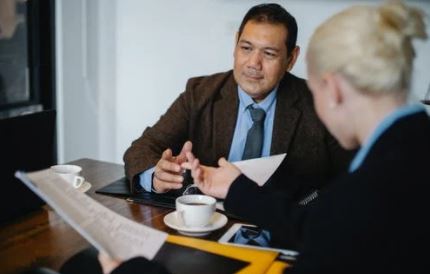