A Liberal Senator has called out the ‘hypocrisy’ of GoFundMe after they took down Israel Folau’s campaign to raise money for his legal fight against Rugby Australia.

Folau launched the campaign after he was stood down by Rugby Australia over homophobic comments he made on his Instagram.

GoFundMe has now removed the campaign and returned the $750,000 that had already been donated, saying it violated their terms of service by promoting discrimination.

“The hypocrisy and doublespeak is there for everyone to see.”

Israel Folau has since responded to his campaign being shut down, stating the attacks on him have only “hardened his resolve”. 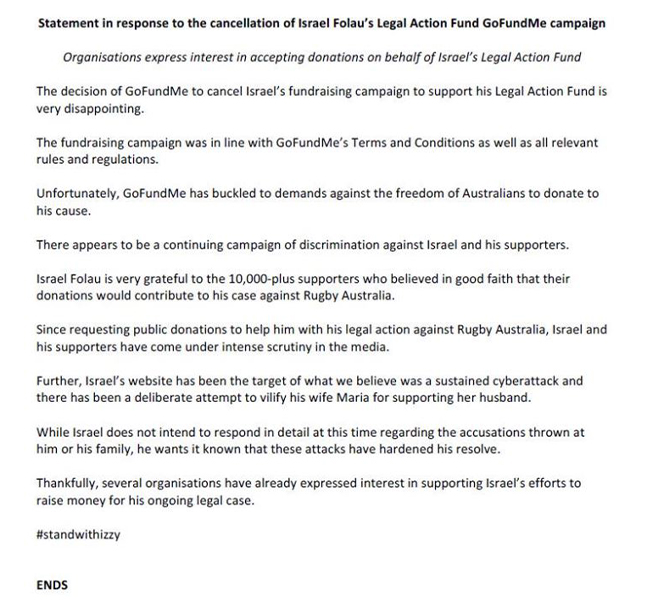