A geologist is pushing to overturn a ban on climbing Uluru and is prepared to launch legal action to keep the site open.

But passionate climber and author Marc Hendrickx disputes the claims and is pushing to reverse the ban.

“I got the statistics on the climb,” he tells Chris Smith.

The Right to Climb Ayres Rock writer says when the climb is fully open, the number of hikers can get as high as 70 per cent.

“This notion that a small amount of people want to climb is not true.”

After climbing Uluru in July this year with his two daughters, Marc left a logbook at the peak.

It now has thousands of signatures and messages in it (see below). 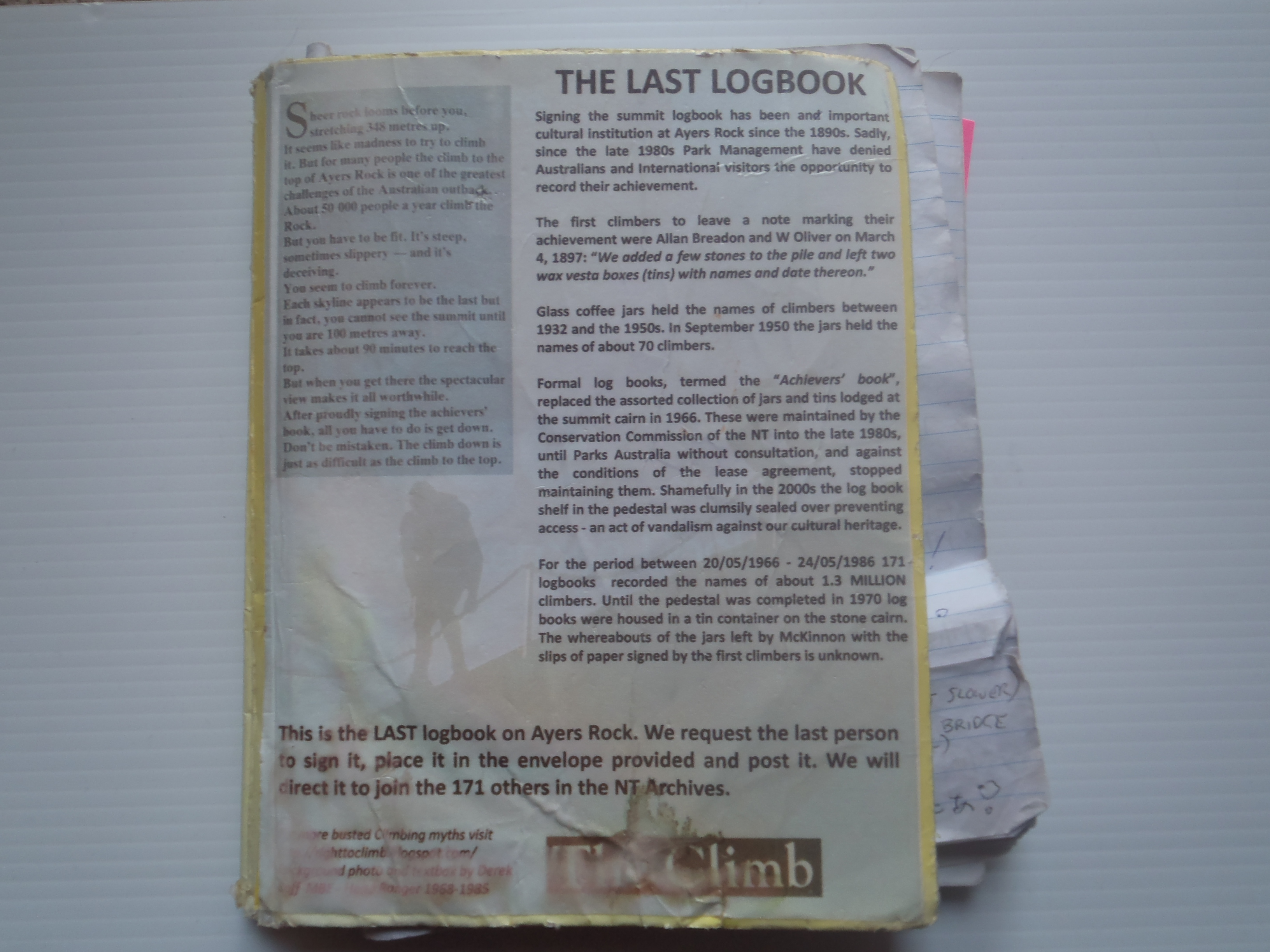 “There were over 2400 names in that book from over 30 countries,” Marc says. “Absolutely amazing.”

Marc has lodged a complaint with the Human Rights Commission and intends to fight the climbing ban which comes into force from October next year.

Chris says he hopes we can reach a conclusion that satisfies all parties.

“Why couldn’t we avoid this situation where it’s climbing or nothing… and try and work out a way where we can enhance the recognition of spirituality on the rock and also allow some climbing.”

Click PLAY below for the full interview with Marc Hendrickx