Health workers have gathered again today outside NSW Parliament to express their outrage after the government “reneged on their promise” to deliver a 2.5 per cent pay rise.

Jim Wilson believes the wage freeze is “a cop-out” and “simply unfair”. 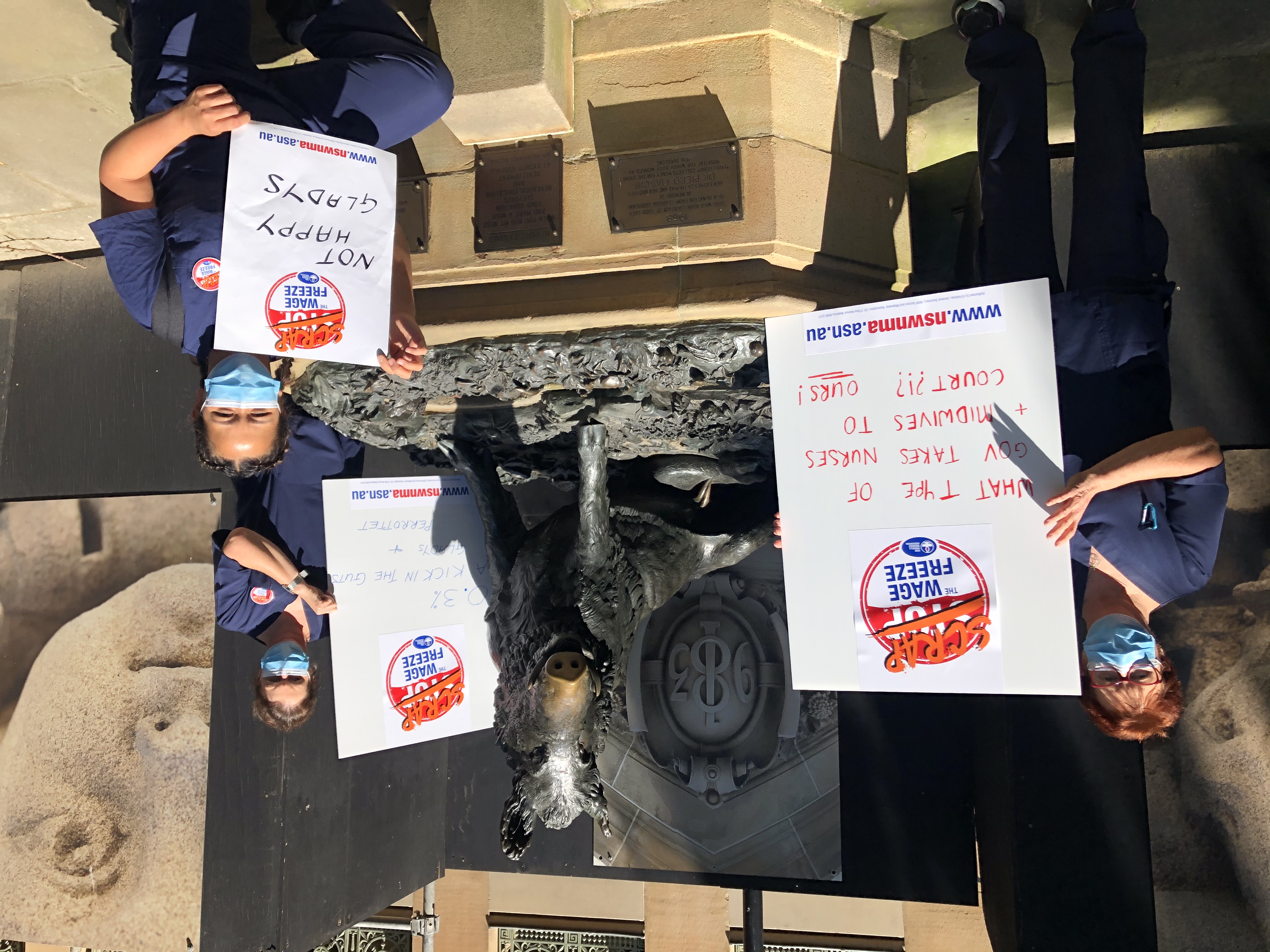 “This could still take months.

“We’re going to continue fighting it and making lots of noise, because we could be facing this all again next year.

“The Treasurer’s already alluded to reviewing the government’s wage policy.”