NRL star Dylan Walker has been charged over a domestic violence incident at a home on Sydney’s northern beaches.

A woman, also aged 24, was treated at the scene for minor cuts to her shoulder, leg and feet.

Police say she had been assaulted, allegedly by Dylan Walker.

Several of Dylan #Walker’s neighbours witnessed the alleged assault of his fiancé outside their Dee Why home. They’ve told @9NewsSyd the Manly NRL player allegedly forced her to the ground while she was holding their baby. Walker’s been charged with domestic violence offences.

The Origin and Kangaroos representative has since been charged with common assault and assault occasioning actual bodily harm.

Dylan Walker has been granted bail to face court next week when police are also due to take out an apprehended violence order (AVO) on behalf of his
partner. 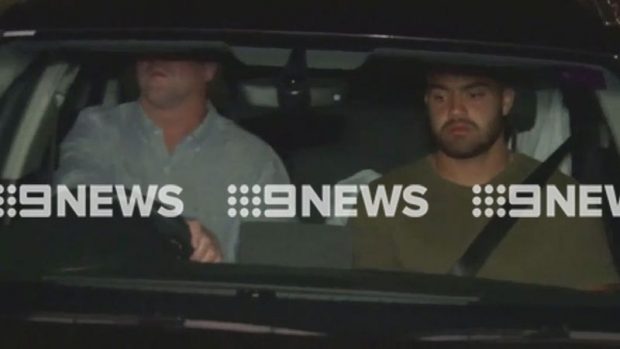 He says he spoke with Dylan Walker’s fiancee on four occasions throughout the night and has also been in close contact with new coach Des Hasler.

.@SeaEagles boss Lyall Gorman says he has spoken on three occasions to the fiance of @NRL star Dylan Walker who was charged with domestic violence offences following an incident at their home on Prescott Avenue, Dee Why. “It’s extraordinarily disappointing” – Lyall Gorman – CEO pic.twitter.com/rnN3uNW47k

The NRL Integrity Unit has been informed of Dylan Walker’s situation.