A car towing a caravan has collided with a road sign and hurtled down an embankment north of Sydney.

A man in his 70s has suffered minor back injuries, while a woman in her 70s and their pet dog have escaped unharmed.

One lane is closed southbound on the M1 at Cowan, about 1km before the Berowra exit.

The senior couple’s lucky escape was at least in part thanks to several motorists who stopped and leaped to their aid.

One of the men first on the scene, Jim, commended his fellow responders for “risking their lives”.

“We formed a human chain to take the lady out of the car, and then her pet dog.”

Press PLAY below to hear how it all unfolded 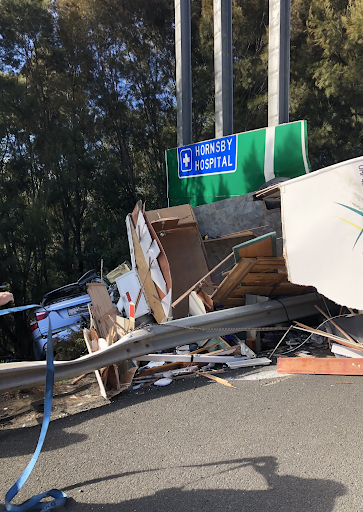 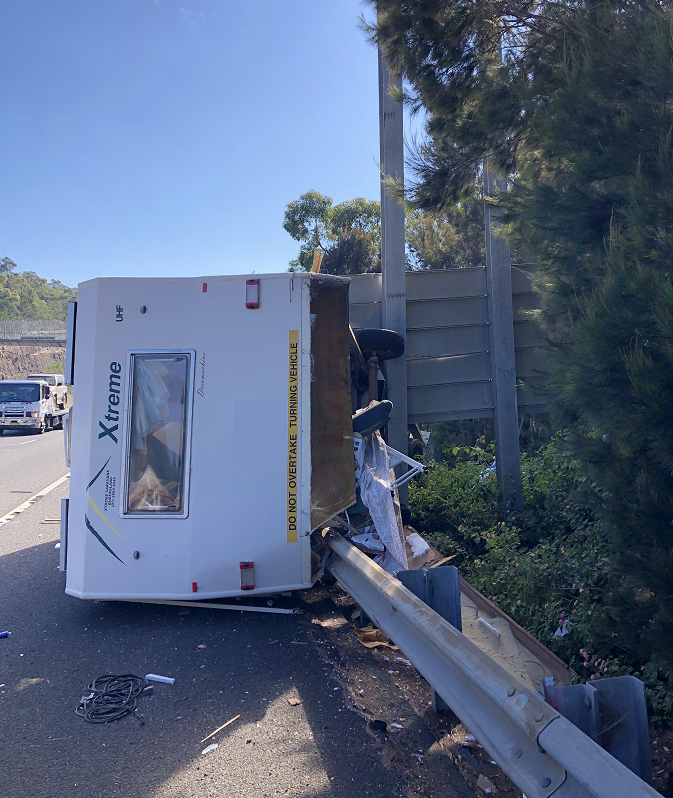