A desperate mother has issued a public plea to keep her daughter’s murderer behind bars.

On July 19, 2005, 15-year-old Tania Burgess got off the school bus at Forresters Beach on the NSW Central Coast and was walking home.

A 16-year-old who can only be identified as DL ambushed Tania, stabbing her 48 times before running off and leaving her to die.

Tania’s parents Mandy and Chris heard their daughter’s screams and held her as she died a horrific and painful death.

DL was found guilty of murder and sentenced to 22 years in jail, with a non-parole period of 17 years. 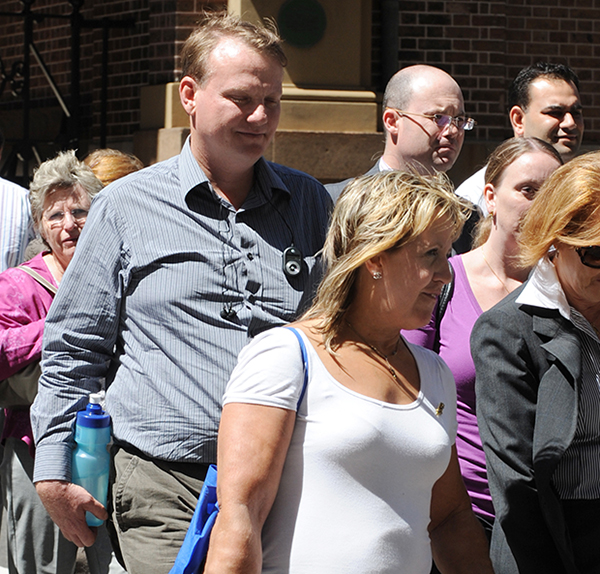 Chris and Mandy Burgess leave the King Street court in 2008.

On Monday, Ray Hadley revealed four years has been wiped off that sentence due to a court error, making DL immediately available for parole.

She tells Ben Fordham she finds the situation “absolutely disgusting”.

“Without an identity out there, he actually starts a new life and it’s actually quite frightening.

“It’s not really for on us or the community to think that he is out there living a normal life and no one really knows who he is.

“He has shown absolutely no remorse or regret. Through the trial he was silent.”

The petition is aiming to get 150,000 signatures and is already more than halfway there.

You can help out by signing it HERE

It only takes about 60 seconds!