Well, this is terrifying.

A Cairns-based jockey has had his early morning track run disturbed by this humongous snake.

Jockey Masayuki Abe was alerted to something on the track in the wee hours of the morning by the gate attendee who yelled to be careful.

Masayuki assumed a kangaroo had made its way onto the track and thought nothing of it.

On the last corner, he saw what he’d been warned about.

A massive snake lay waiting inside the fence.

He hoped the creature would slither away but it was still there on the second lap.

Alistair Glasser, Racecourse Manager at Cannon Park, says they’re not strangers to snakes in the area.

As for where he is now, Alistair tells Ben “he’s probably back in the bush with his mates”.

Look at the slithery creature below 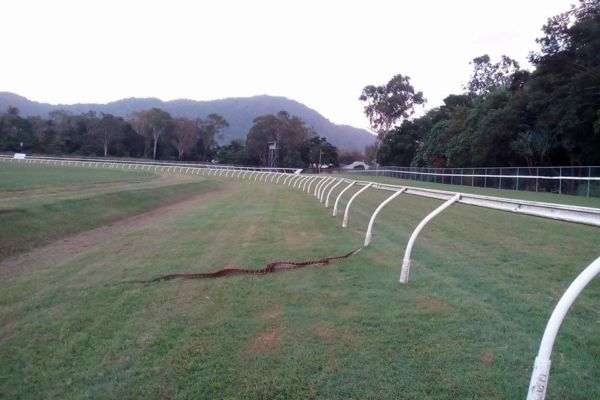 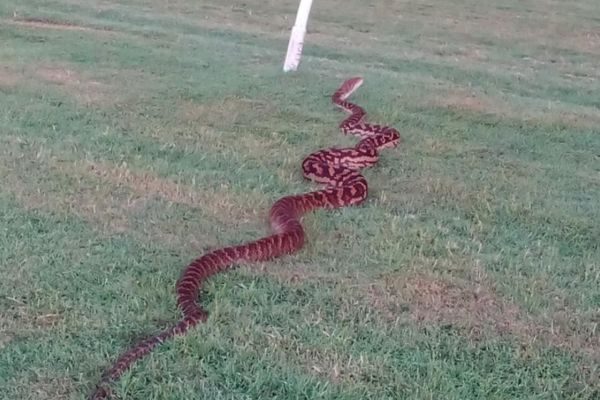 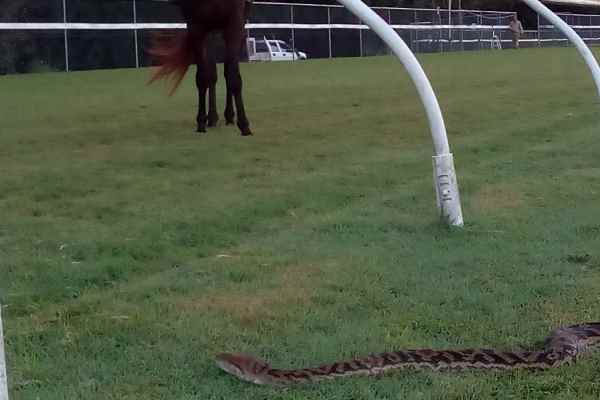