‘It plagued me for two whole years’: Aussie takes on extraordinary challenge

Michelle Lee is an ordinary Australian, on a mission to achieve the extraordinary.

The massage therapist from Sydney’s north-west is training to become the first Australian woman to row across any ocean solo.

In December she will take part in The Atlantic Challenge, the premier event in ocean rowing.

Starting at the Canary Islands, off Africa, Michelle will row 5,000 kilometres west across the Atlantic to the West Indies.

She tells Michael McLaren she’d never rowed in her life before taking up this challenge two years ago.

“I read a book called Rowing The Atlantic in 2014.

“I was driven and motivated by her will and her ability to triumph over all the adversities that she encountered and I just decided I want that for my life.

“It plagued me for two whole years until I decided I need to do this.

“I’m not a rower, I had never put an oar in the water until we launched my boat back in June last year.” 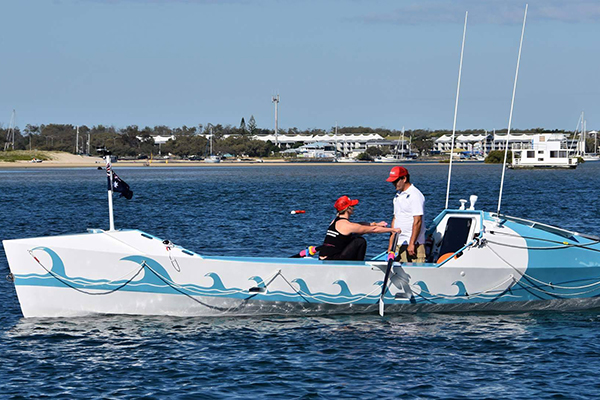 As for creature comforts… there are none.

“Forget it. It’s bucket and chuck it. Sponge baths will be my little luxury item every now and then.

Michelle tells Michael she’s been working with a sports psychologist to deal with the threat of sharks as she has to go overboard.

Michelle is looking for sponsors now, click HERE for information