First opened in 1930, the memorial was supposed to include a spectacular cascading waterfall on the Liverpool Street side.

But, the depression came and architect Bruce Dellitt’s original concept was left unfinished. 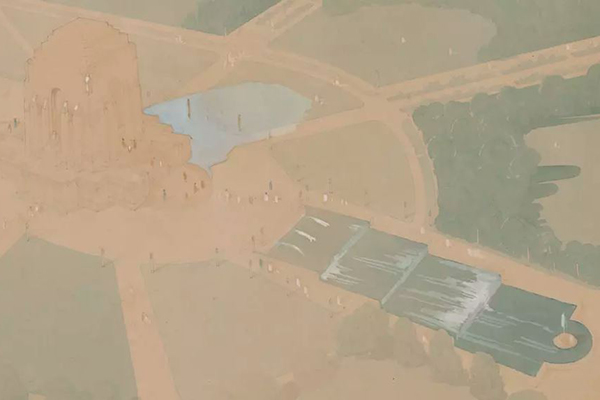 On Saturday, the sacred site will reopen after a $40-mllion facelift, completing Dellitt’s vision.

It includes a new underground Hall of Service, a library and education facilities.

“These memorials are very much still the grave site, the burial ground of a sailor, or a soldier or an airman.”

The memorial will hold a private opening tomorrow, with speculation Prince Harry and Meghan Markle may be in attendance.

The public opening will take place on November 11, the 100th anniversary of the end of World War I.