25 bus services will be removed and 23 others altered, which some parents have complained will force school students to transfer services multiple times on their commute.

Dr O’Neill told Jim Wilson the “horrendous” cuts have a sneaky purpose: to boost numbers on the light rail, which has experienced lower than expected patronage.

“The government’s clearly done some contractual agreement with the private operator.”

Transport for NSW dispute her case, describing the claim as “false and misleading”.

“Unlike other countries, Australia doesn’t require the operator to hit a certain level of patronage” (see full statement below).

Full statement from Transport for NSW (click to enlarge): 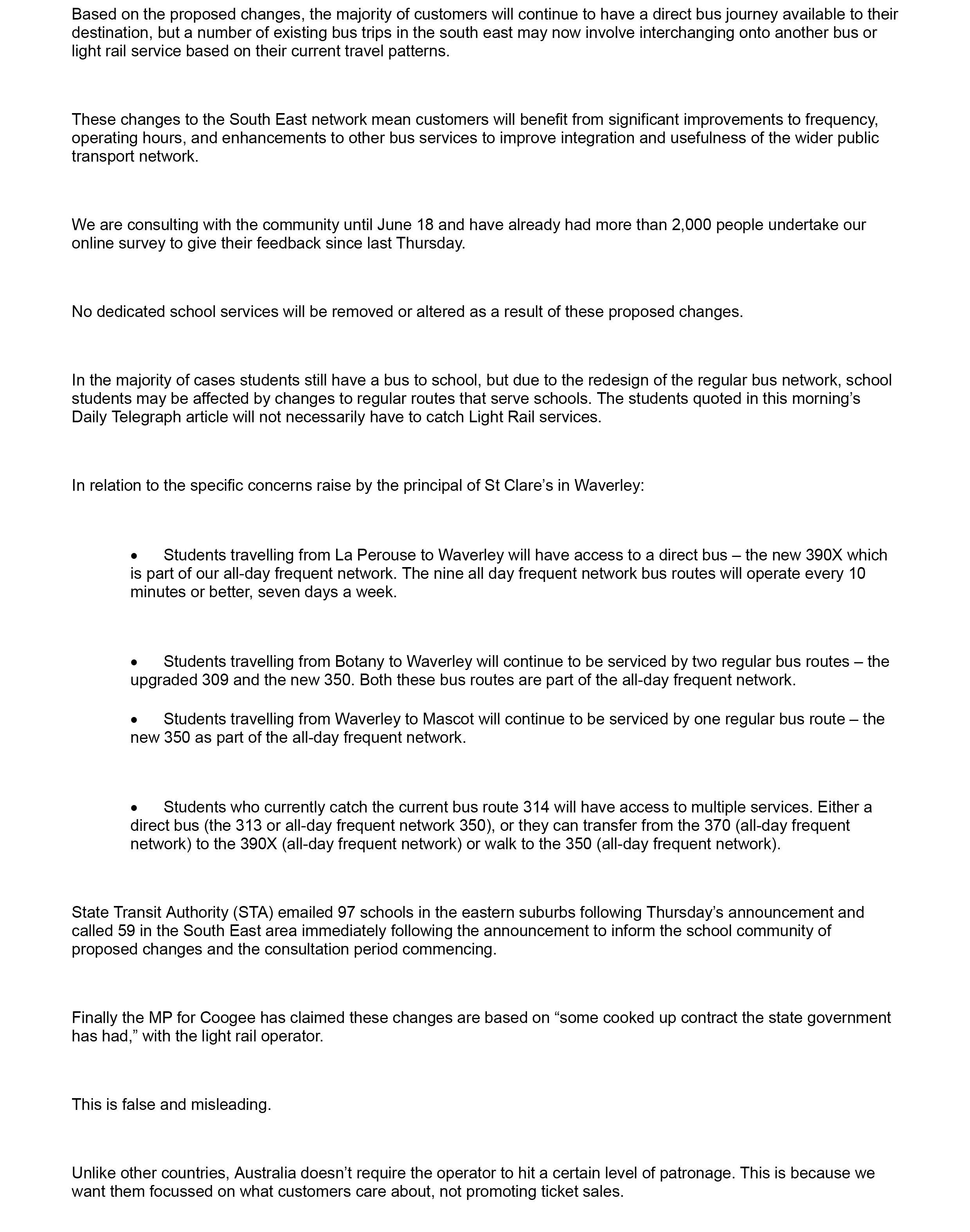