‘He’s a liar’: Ray slams Blue Mountains Council over yet another asbestos failure 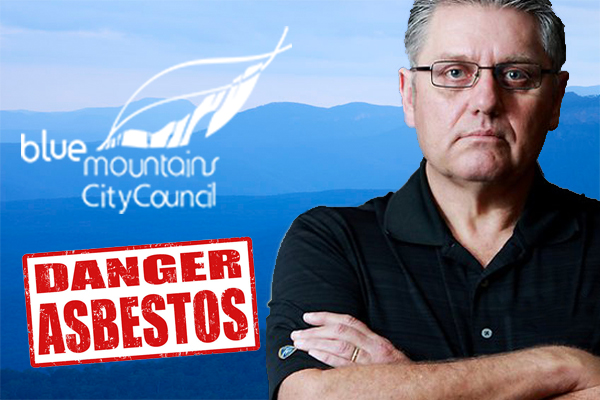 The Blue Mountains City Council has been slapped with yet another prohibition notice over a botched asbestos removal attempt.

Thanks to whistleblowers in the region, Ray Hadley can reveal the shonky council has been issued with a notice over friable asbestos dust found at the mechanics workshop at Springwood Depot.

The latest inspection “observed dust in an area that could expose workers to risk of inhalation of asbestos if disturbed”.

Last month, Ray revealed “SafeWork NSW, had granted, inexplicably… Blue Mountains City Council a license to remove asbestos, despite the allegations I’ve aired in relation to the council’s failure to look after asbestos issues in the past”.

The Council has previously come under fire after the deadly fibre was found at Wentworth Falls Preschool, Katoomba aquatic centre, the Warrimoo Citizens Hall, Katoomba Falls kiosk and a number of other locations.

It is the third time the same Springwood Depot workshop has been closed.

“We asked SafeWork NSW about this, they tried to play it down… I don’t know why SafeWork are in cahoots with Blue Mountains City Council… but they seem to run cover for them all the time,” says Ray.

In a statement Safework claim:

“(Blue Mountains City Council) have advised the sheeting was in good condition, was removed in accordance with appropriate removal and disposal methods and the surrounding area was appropriately vacuumed and wet-wiped.

Ray has slammed the excuse saying “if they did such a bloody good job, why was the dust still there?”

“I’m told the council have tried to tell Safework that someone planted the asbestos there,” says Ray.

“You dopes, you absolute dopes!

“Why in the world would you trust anything the Blue Mountains City Council advise?

“The workers are being put at risk.”

When faced with the string of asbestos mismanagements,  Mayor “Mark Greenhill reckons he’s the one who raised asbestos management issues with councillors. He’s a liar!” says Ray.

“He’s tried to blame politics for opposition to his re-election, saying ‘In the time I have been in this job, I have gained some powerful enemies on the right of politics’.

“No, your actions have gained some powerful enemies, because you’re inept.”