Large hailstones have smashed windscreens and knocked down tree branches in Australia’s capital, with storms expected in Sydney later this afternoon.

The Bureau of Meteorology warns the storms could cause flash flooding as it hits Newcastle, Gosford, Sydney and Wollongong.

Former radio host Tim Shaw tells Deborah Knight the hail in Canberra is almost the size of golf balls and is “shredding trees”.

“Literally the streets of Canberra have become a snowfield. At least every car that I’ve seen… has got a smashed windscreen.

“I don’t think I’ve ever seen, in half a century plus, a hailstorm like it.”

Two people have been struck by lightning in the Blue Mountains.

One person, a 16-year-old boy, suffered injuries to his arms and feet and is being transported to hospital in a stable condition. 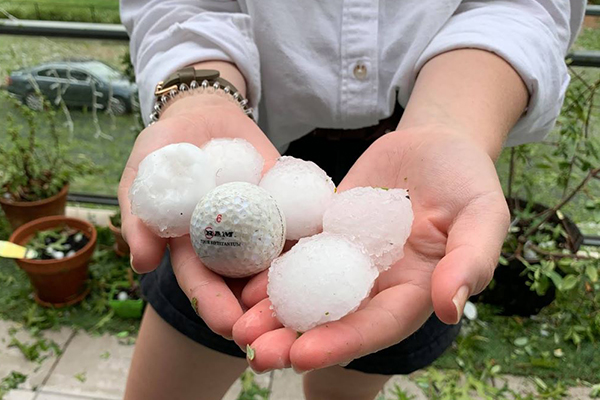