An 18-year-old man has been airlifted to hospital in critical condition after a migrating whale struck his boat.

On Sunday morning, paramedics and marine rescue responded to a mayday call at Narooma on the NSW south coast.

The teenager had sustained a serious head injury, the 39-year-old skipper had cuts to his face and a concussion, and the boat was taking on water due to the damage inflicted by the whale. 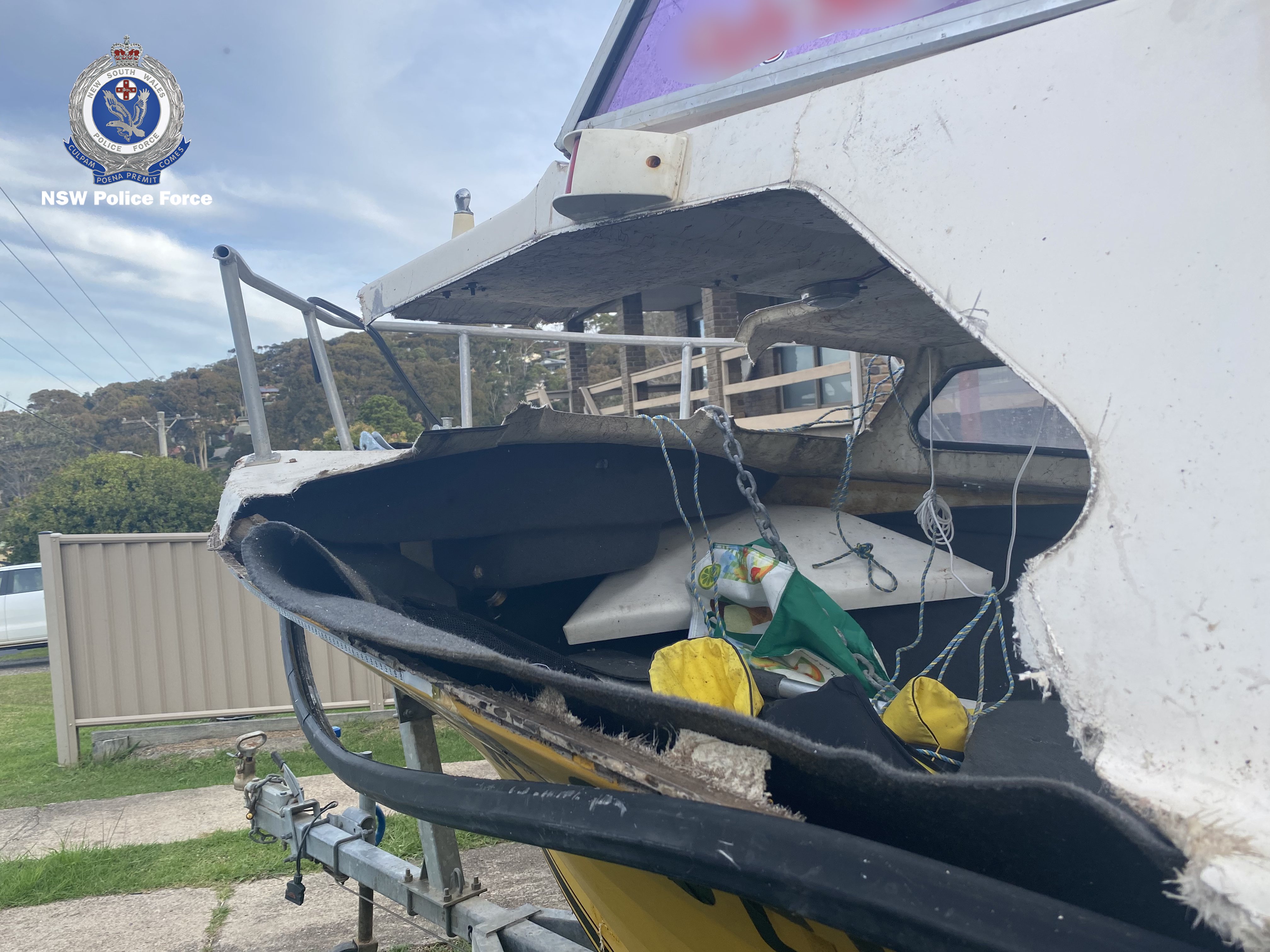 NSW Police have shared images of the destruction the whale wrought on the vessel.

The 18-year-old has undergone brain surgery today and is in an induced coma.

Authorities are reminding skippers to steer well clear of whales during their season of migration along the NSW coast.

“If you can imagine an animal the size of a bus landing on a very small boat, then that’s pretty much what happened.”

She said while whales with calves can be aggressive, it’s “highly doubtful” the creature wanted to attack the vessel.