The name of a fish and chip shop in north Queensland has sparked outrage around the country.

The Battered Wife, south of Cairns in Queensland is run by Carolyn Kerr, a former police officer.

Carolyn has defended the name of her small business, saying she chose it to raise awareness about domestic violence. 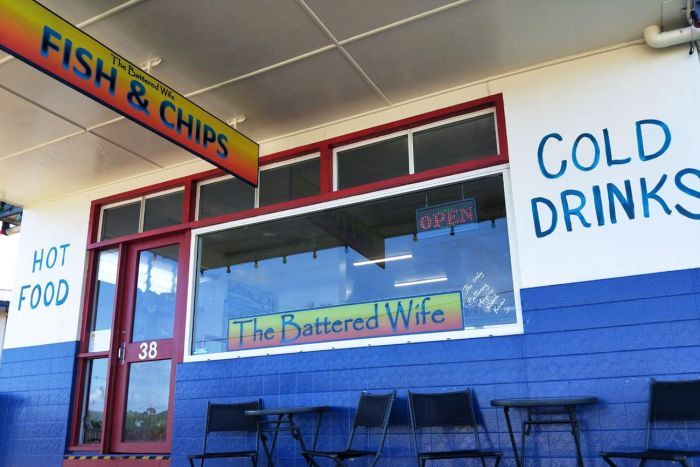 But many people are furious, with some taking to social media to attack Carolyn over the store’s name.

She tells Deborah Knight the torrent of abuse has been overwhelming.

“This woman… put it out there that I was promoting domestic violence which is completely the opposite of who I’m about,” she says.

“Then all these people just jumped on the bandwaggon.

“I had to shut my shop on Tuesday night because someone wanted to smash my window.”

When asked whether she regrets choosing the name, Carolyn is adamant.

Click PLAY below to hear from shop owner Carolyn Kerr

Queensland leader of Katter’s Australia Party, Robbie Katter, is calling for calm on the issue.

He tells Deborah Knight the outrage is “absurd”.

“At what point are we going to be allowed to have a play on words or humour without affecting the perpetually outraged in this country?”

Mr Katter says we should be focusing on practical ways to tackle domestic violence, rather than attacking a small business owner in remote Queensland.

“Making her change the name of the shop is not going to help a lot of these poor women that are in terrible situations,” he says.