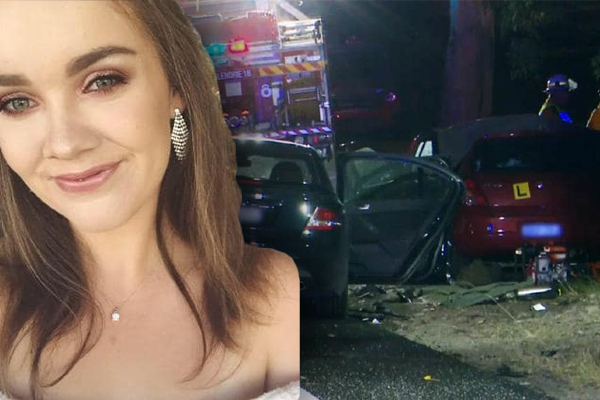 An emotional father has written a heartbreaking letter to Ray Hadley a year after the death of his daughter.

Garry Gillett wanted to thank those who saved his life and did their best to save his 19-year-old daughter Jodie. 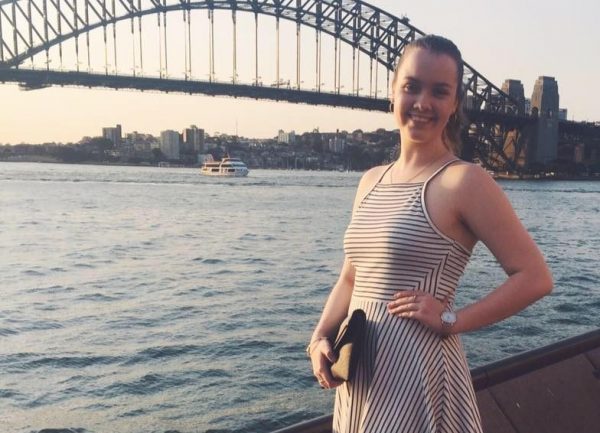 On the afternoon of April 27 2018, Garry was giving Jodie a driving lesson when their car was t-boned by a speeding vehicle at Glenorie, in Sydney’s north-west.

“They tell me she died almost instantly,” Garry writes.

A learner-driver has died & her supervising driver is critically injured following a two-vehicle crash at Glenorie; drivers are urged to avoid the area as the road will be closed for hours yet; there are no diversions.

His wife Heidi and their two other daughters were told he wouldn’t live either but, against all odds, he survived.

After six weeks in hospital and a further five weeks in rehab, Garry and his family began piecing their shattered lives back together.

Now, a year on from the crash, Garry has written to Ray Hadley to thank the incredible group of people who banded together on that fatal day.

The story Garry tells, through Ray, will bring you to tears (see the full email below).

My name is Garry Gillett from Castle Hill

On this Saturday 27th of April it will be 12 months since I was involved in a serious accident on Old Northern Road Glenorie.

I was in a car with my daughter Jodie when we pulled out from a side street and got struck by a speeding oncoming vehicle, the result of which I ended up in hospital for 6 weeks and a further 5 weeks in rehab.

My wife was told on that night of the accident, they didn’t expect me to pull through, but I did.

I was the lucky one because my daughter Jodie, who was on her L’s, only 1 month from sitting for her licence, was driving, when the other car hit us (T-boned) in the driver side door.

They tell me she died almost instantly.

She was an easy-going teenager of 19 at University studying to be a Primary School Teacher, in her 2nd Year.

She worked at Samuel Gilbert Primary School, Castle Hill before and after school care, Charlie Lovett Café in Baulkham Hills and taught dancing for the past 7 years. She really loved working with the children.

I believe she would have been an excellent teacher, and now I think of all the children that would have benefited by being taught by her.

She cared very much for her family and friends and would help at the drop of a hat.

As with all teenagers she had her moments but these were few and far between. Jodie was selfless and would help, guide and nurture anyone without question.

We all miss her very much and as you can imagine my wife and I and our other 2 daughters have been through a very rough 12 months.

I have no recollection of the accident but have pieced together some things from talking to people who were involved at different times.

I would like to take the opportunity to thank some of these people.

There was Dave (Kingie I think his nickname was) he lives in a house near where the accident happened and was first on scene.

He held my daughter’s hand right up until the emergency people arrived, I thank him for that.

There was also Kathy and Graham who were travelling along Old Northern Road and were actually overtaken by the car that hit us.

They stopped to help. Luckily Kathy was a nurse and sat in the backseat and started performing CPR on Jodie for 5 minutes, unfortunately to no avail.

While she was doing this she was instructing her husband Graham on how to clear my airway as I was having difficulty in breathing.

I don’t like to think what would have happened if they didn’t stop to help, as the emergency services arrived 10 or 15 minutes after the accident.

I can’t thank them enough.

Next I would like to thank the emergency services especially the helicopter service.

They summed up the situation and immediately called for a Code Crimson which means you get airlifted by helicopter, in my case it was to Royal North Shore Hospital, where the doctors and nurses were already in the operating theatre waiting.

This in turn also save me because I had to be resuscitated at the scene and also in the operating Theatre.

Dr Hugh and Dr Joseph were in charge of the operation and I’d like to thank, not only them, but all the other 20 + people that were in that operating theatre that night,

as well as the helicopter and ambulance crew at the scene.

THEY ALL FACE, DAY TO DAY, THE THINGS THAT MOST OF US HOPE NEVER TO FACE.

I was amazed the way the community rallied around my wife and family including our wonderful neighbour Belinda.

Belinda was called upon that night by my wife, when a Police Officer knocked on the door and my wife answered, to be told the tragic news that was irreversible.

I would also like to thank you as I was told you had some lovely words to say when you reported the accident on your show.

Finally I like to thank my wife Heidi and my daughter’s for helping me through my recovery, I can only imagine the horror they must have gone through.

We will miss our beautiful girl forever and will always remember the help we receive from everyone.

I wonder all the time how I survived such catastrophic injuries. At first I thought that, because I was a long time Tigers supporter, that I’d adapted to going through bad times.

Then I realised that I must have had help from above, from Jodie, from wherever she was.

When all 3 of my daughters were little, they used to give me Eskimo kisses, you know, where you rub noses.

I have always related to a song you played years ago called Butterfly Kisses and I was wondering if you had time could you play that song for me, it always made me cry with happiness.

Thanks for listening Ray and I hope you keep on doing what you do, for a long time.