A domestic violence charge against NRL star Josh Reynolds has been dropped after revelations about his accuser.

Reynolds was charged with assault after his former girlfriend Arabella del Busso claimed the footballer grabbed her arm during an argument late last year.

#EXCLUSIVE: Nine News can reveal Wests Tigers star Josh Reynolds has been caught up in a bizarre situation with his former partner, involving multiple aliases, fake pregnancies and the fictional diagnosis of cancer. @breenie9 #9News pic.twitter.com/jOonleZuVn

9News reporter Neil Breen revealed Ms del Busso is one of nine aliases used by Donna Preusker, a claim confirmed by her own parents and six former partners.

Ray Hadley has now revealed the charge against Josh Reynolds has officially been withdrawn.

“That would be a satisfactory outcome for him,” says Ray.

“He’s been to hell and back in relation to all of this.

“The charges against Josh Reynolds will be withdrawn and so they bloody well ought to be.”

Click PLAY below to hear Ray break the news 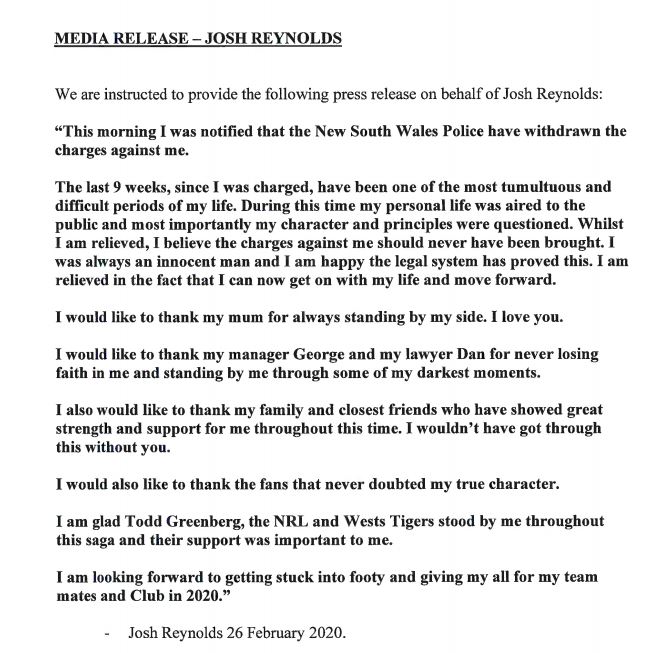