A coronavirus testing facility in a public office building in Sydney has been forced to close down, after complaints from other businesses working there.

Listener Peter works in the Bella Vista building and tells Ben Fordham a sign instructing coronavirus testers to report to the first floor tipped them off to the practice.

Peter’s wife, Irene, called Laverty Pathology to make them aware of the testing in the office building and says they were surprised to hear about it.

Irene says they told her they would immediately shut it down and were not aware of the other businesses working in the area.

It’s believed the sign instructing testing patients to level one of the building has now been taken down.

Listener Peter tells Ben they had no idea the testing lab was running in their building.

“That’s for people who’ve been to a GP and the GP has recommended that person go and get a coronavirus test.

“We spent a few moments in a lift with an old man who had a mask on… pressing all the buttons going up to floor one.

“This is a public building, it’s not a medical facility of a building, no one in the building’s been told about it.”

“They weren’t aware that it was a public area and an office building.

“If we’re trying to stop a pandemic then we don’t want things like this happening.”

Ben Fordham has obtained an image of the original list of testing centres, which includes the Bella Vista address. It has since been removed.

Ben has reached out to NSW Health and Laverty Pathology. 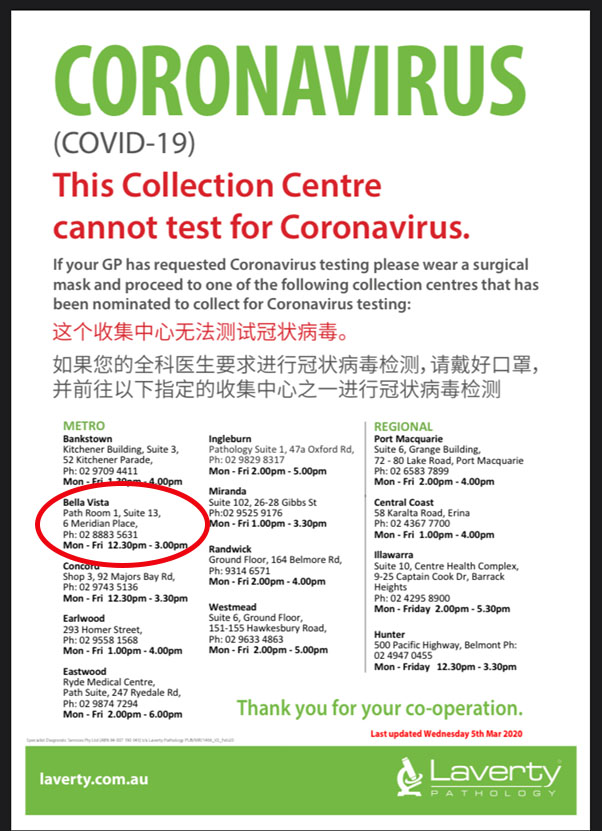 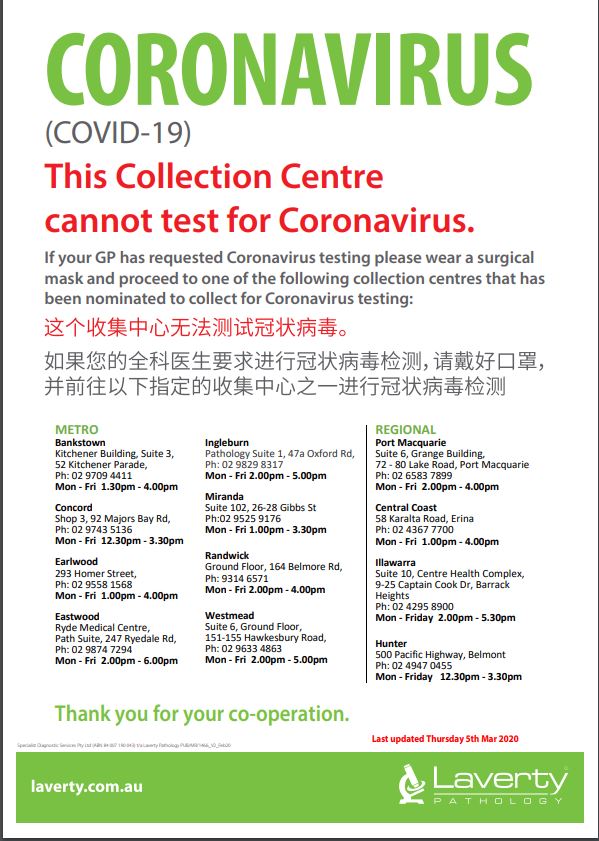