Ben Fordham has been sent exclusive footage documenting a shocking baby formula rort happening at a supermarket in Sydney’s south.

Listener Janet and her daughter Alisha filmed the incident Tuesday afternoon just outside a Woolworths at Hurtsville Westfield.

It shows at least a dozen shopping carts parked outside the store, with the owners going into the Woolworths, buying two tins – as per the supermarket’s limit – before rushing out to pack them into the trolley. 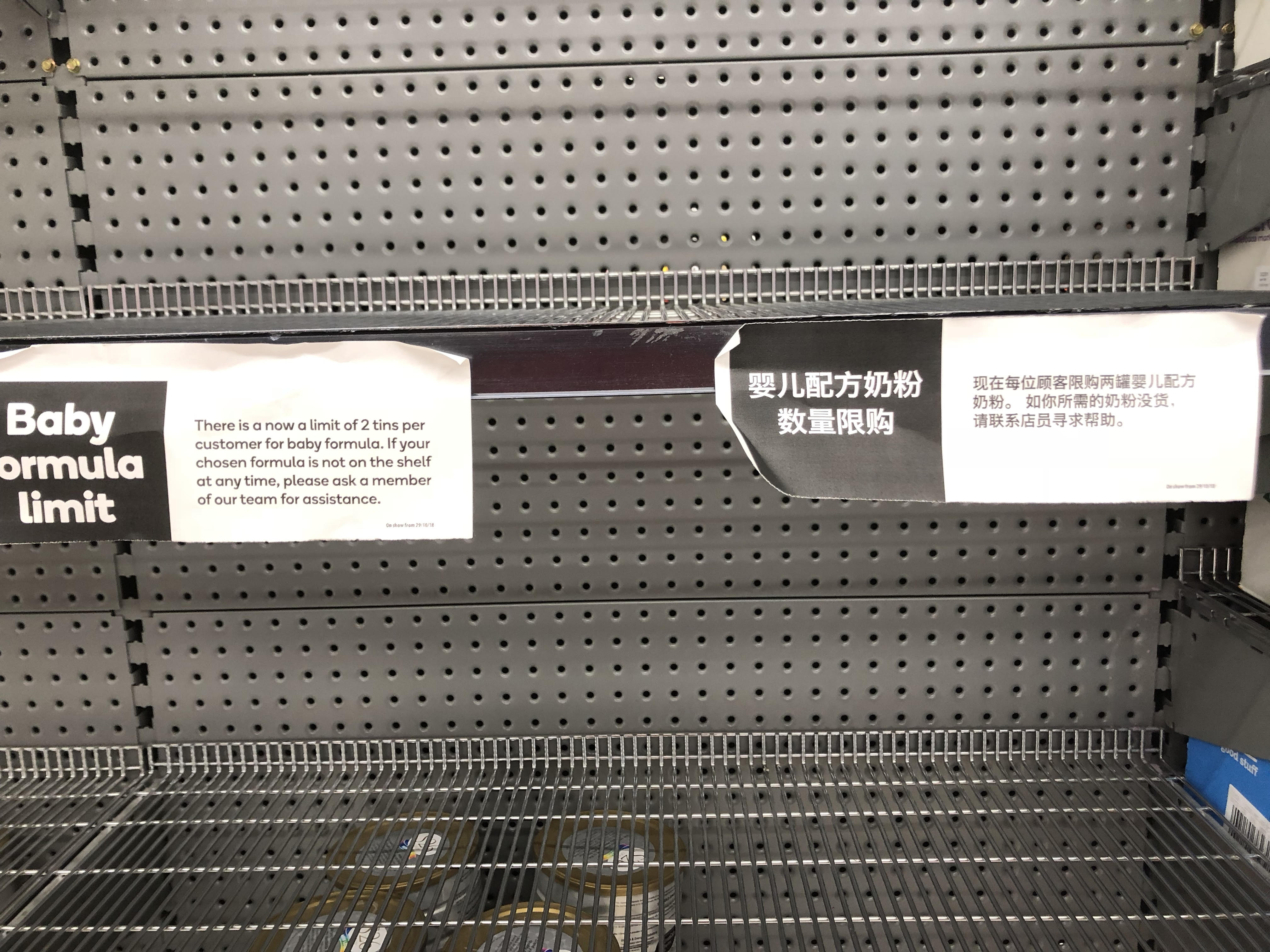 Woolworth’s policy indicates there is a two-tin limit when purchasing baby formula.

The culprits then return into the store, buy two more tins, and repeat the process multiple times.

One woman is seen packing five tins into her cart, before rushing back into the supermarket.

Janet tells Ben she called Woolworth’s head office while all this was going on, asking for management to be sent out to stop the formula bandits.

Woolworths refused to take any action.

Janet, who filmed it all happen, tells Ben Fordham “they were literally running back inside”.

“The amusing part about it was is that they didn’t run back in through the front… they were just blatant enough to run straight through the checkout because that was in line with the area where the baby food was.”

The video has Ben wondering, why is our baby formula so popular overseas and how do we protect supply for Aussie families?

He says Australian mums and Dads can get the product, especially if they plan ahead.

“If Mrs Smith goes into a supermarket and.. preorders and asks them to put aside for her, every supermarket in Australia will do so.

“All the big companies… they will also supply online. So Mrs Smith can buy online as well.

“Really it’s up to the consumer to plan for their purchase.”