A team of passersby have come to the aid of a Ferrari driver and his passenger after they collided with a pole on the Princes Highway.

Ex-paramedic Darren Jones told Jim Wilson he knew he had to stop when he saw the wreck while driving through Sydenham, as he happened to be equipped with first aid supplies through his work.

Inside the vehicle he found the driver dazed but awake, and an unconscious passenger.

“The front of the car was just obliterated.

“It looked pretty new to me … but at the end of the day, it’s just nuts and bolts, it can be replaced.

“Two people were alive when I left them. I’ll go to sleep happy with that.”

A surgeon had also stopped to help out, as had around a dozen others with non-medical backgrounds to “do what they could”, Mr Jones said.

“We’re Australian, that’s what we do.”

Press PLAY below to hear his firsthand account of the rescue 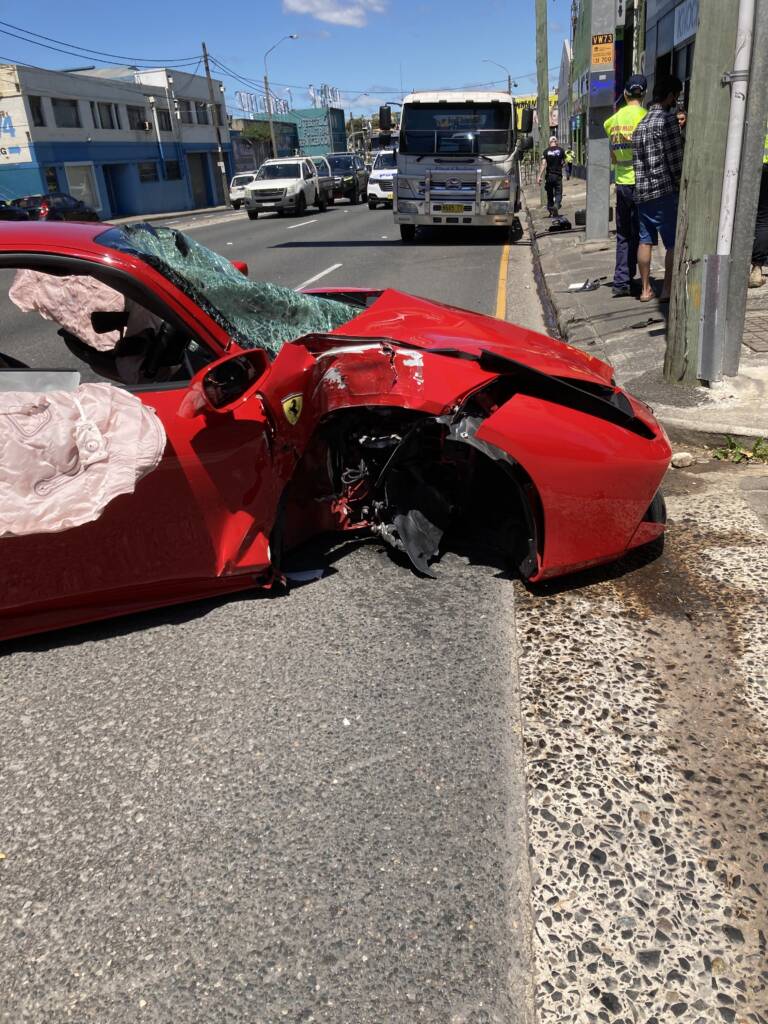