2GB listener Judy has gifted Erin Molan a pair of leather gloves to keep her warm at the Women’s State of Origin.

When Erin spoke to Ben on-air last week live from the Women’s State of Origin, she told him to make sure he brought gloves to the match for himself because it was freezing and she’d forgotten hers.

Listener Judy sprung into action, giving Ben the newly-bought leather gloves during his live broadcast at West End Mazda in North Parramatta, telling him to give them to Erin. 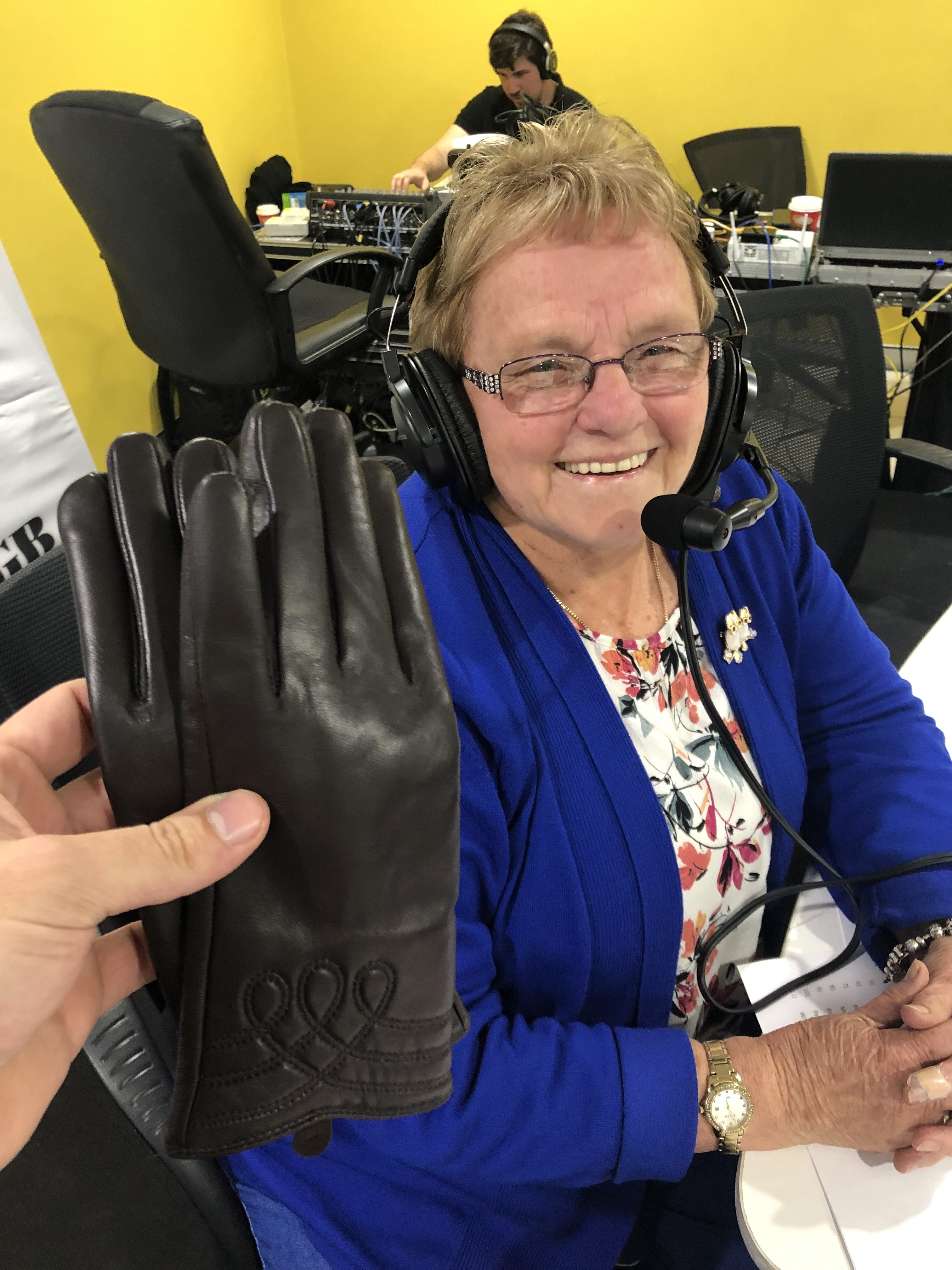 Ben was then able to hand the gloves over to Erin, who was so thankful for the gift.

“Judy, you’re an absolute godsend,” says Erin. “You did save me because it was freezing!”