Ben Fordham has called out the ABC over its handling of war crime allegations.

Ben exclusively received a copy of the email sent to former November Platoon Commander Heston Russell, which read “ABC News apologises for this error” that breached their own standards. (Read full statement HERE)

However, in a public statement, the national broadcaster failed to mention any sort of apology was issued.

“Don’t believe the spin out of the ABC’s publicity department,” Ben said. 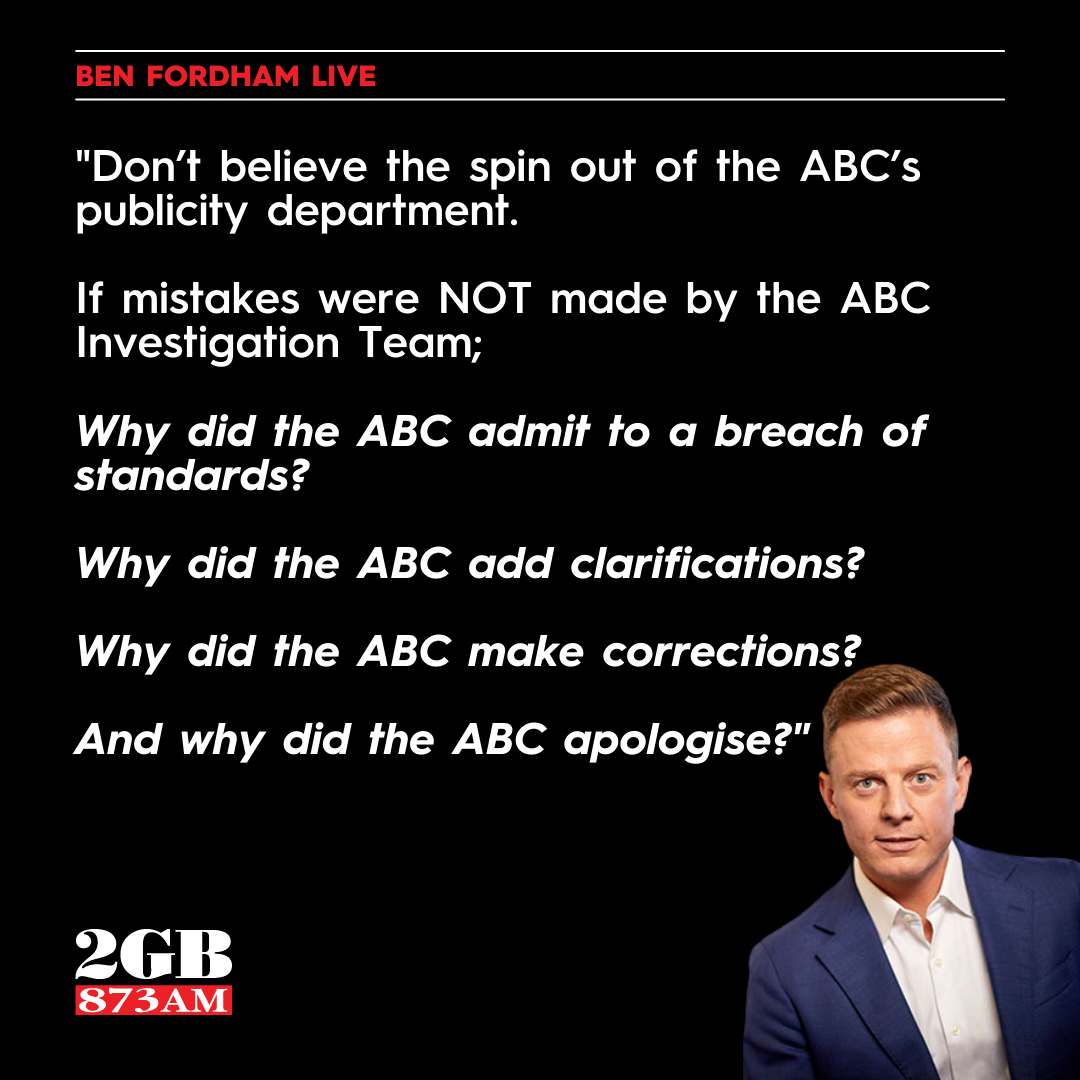