On November 24 last year, police found mother-of-two Susan Lung passed out in her car on Sydney’s north shore with the keys on the floor.

The 42-year-old blew 0.445 in a roadside breath test, one of the highest readings ever recorded in NSW.

Despite admitting she was almost nine times over the legal limit in a television interview (see below), Lung managed to escape charges due to a legal loophole.

Lawyers successfully had the breath test thrown out because police can only conduct it if the officer reasonably believes the person has driven in the past two hours.

Ms Pavey tells Ray Hadley there’s a reason the two-hour rule exists but admits the loophole is a problem.

“In this case, the woman went on television and admitted she had actually done it.

“The question is, what happened to the court case?”

Ray was sent screenshots of posts from Lung’s Facebook page, indicating she isn’t remorseful over the incident. 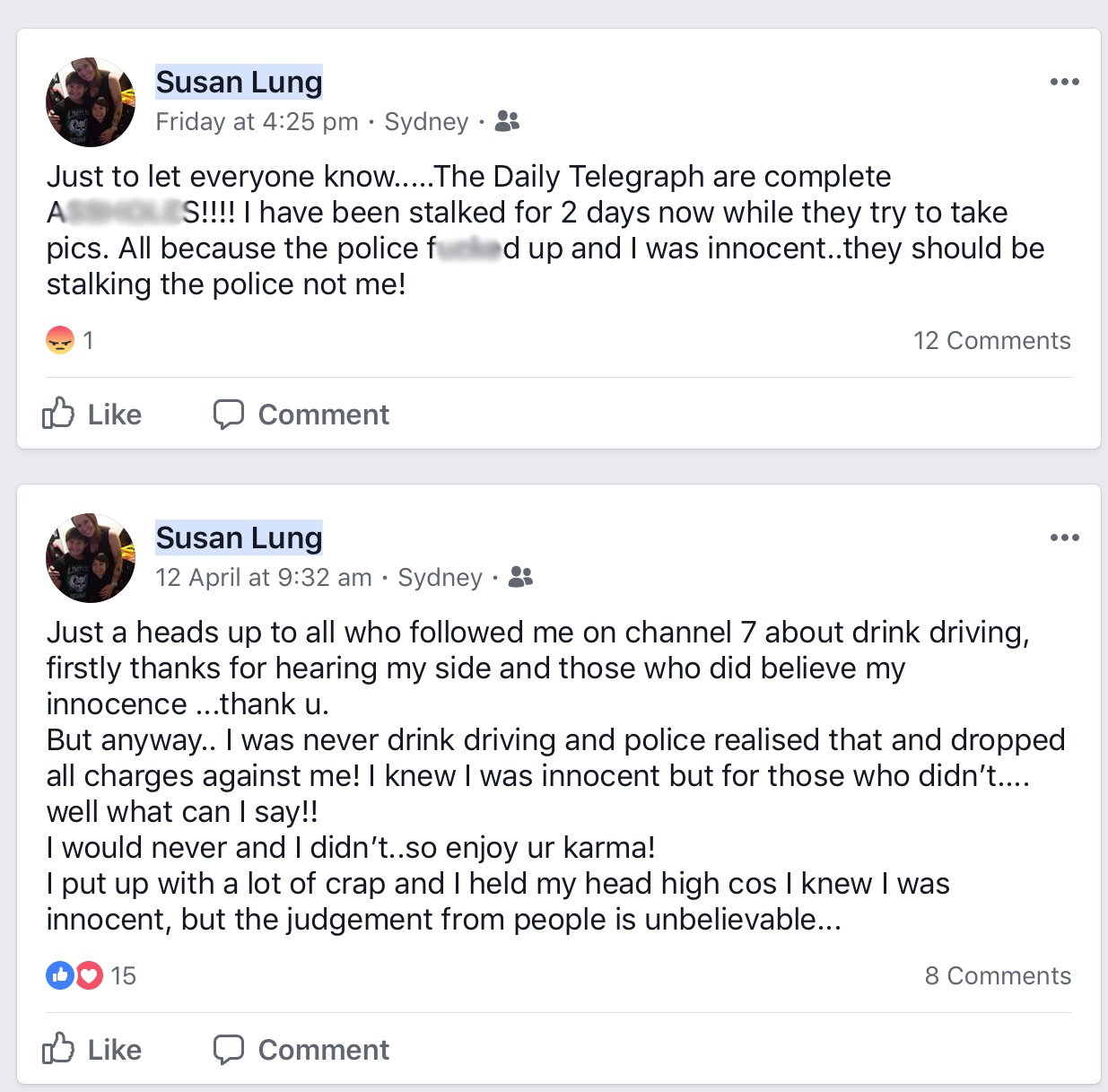 Roads Minister Melinda Pavey has since ordered Transport for NSW to review laws around police taking and testing breath samples.

In a letter to Police Minister Troy Grant, she says the “review will consider the definition of the relevant period for these tests” and “the application of the law by police”.