At least 50 dead after terror attack on New Zealand mosques

A 28-year-old Australian citizen has been charged with murder, after a terrorist attack on mosques in New Zealand that has left at least 50 people dead.

Brenton Harrison Tarrant has not applied for bail and will be remanded in custody until April 5.

At least one gunman opened fire at Masjid Al Noor mosque in central Christchurch and the Linwood mosque, resulting in multiple casualties.

Police have confirmed a number of improvised explosive devices were attached to vehicles, but were rendered safe.

One of the perpetrators used social media accounts to live stream the horrific shootings and has posted a so-called manifesto. 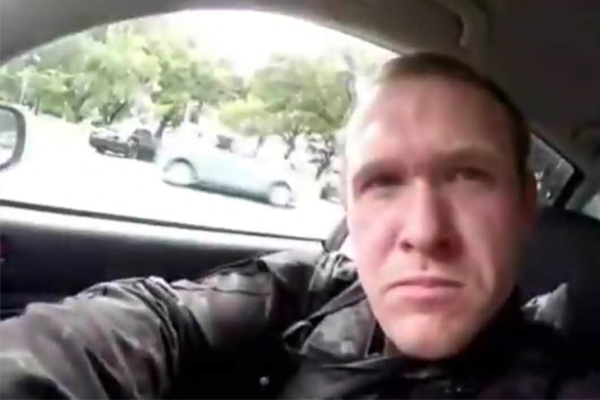 28-year-old Brenton Tarrant identified himself in the social media videos.

Prime Minister Scott Morrison has confirmed he is an Australian-born citizen.

“As family members with our New Zealand cousins today, we grieve, we are shocked, we are appalled, we are outraged, and we stand here and condemn absolutely the attack that occurred today by an extremist right-wing violent terrorist.”

The Prime Minister tells Ben Fordham he will continue to denounce the attack.

“This was the act of a right-wing violent extremist terrorist, that’s what it was, we’re gonna call it what it is on every occasion.

“That sort of hateful thinking has just wrecked murder and misery.”

New Zealand Prime Minister Jacinda Ardern says her thoughts and prayers go out to everyone affected by the attack.

“This is one of New Zealand’s darkest days.”

“There is no place in New Zealand for such extreme acts of unprecedented violence.”

The Bangladeshi cricket team was reportedly in the vicinity of one of the mosques at the time of the shooting.

Bangladesh team escaped from a mosque near Hagley Park where there were active shooters. They ran back through Hagley Park back to the Oval. pic.twitter.com/VtkqSrljjV

Schools in the area were placed on a lockdown that has since been lifted.

In response to a serious ongoing firearms incident in Christchurch all Christchurch schools have been placed into lockdown. Police urge anyone in central Christchurch to stay off the streets and report any suspicious behaviour immediately to 111.

Newshub Christchurch reporter Annabel Tukia was on the scene at the Masjid Al Noor mosque and tells Ben Fordham she spoke to a woman who hadn’t seen her son since the shooting.

“She dropped her son off to go in to start the prayers and went around the corner to park the car.

“In that time the shooting occurred.

“She has not heard from her son since.”

“The first mosque… it was at peak prayer time, there were reports of up to 400 to 500 people in the mosque.”

“It doesn’t matter where he comes from, or what his background is, he’s a criminal.”