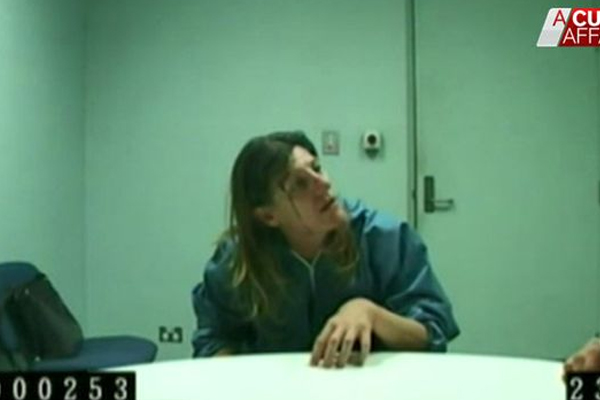 Ray Hadley has revealed Barbieri has been granted external leave despite the NSW State Parole Authority rejecting the 52-year-old’s bid for freedom.

Barbieri is serving a sentence of nine years, with a non-parole period of six years and six months, for the manslaughter of police officer Detective Inspector Bryson Anderson, at Oakville in western Sydney in 2012.

The leave, however, will not begin until COVID-19 restrictions are relaxed.

Fiona Barbieri and her son Mitchell Barbieri were barricaded in inside their home in 2012 after he fired a number of arrows at neighbours.

The mother and son screamed at police to go away and sent emails to a host of politicians, including then prime minister Tony Abbott and Russian President Vladimir Putin, about having the right to defend themselves.

When police tried to storm in through the back door, Mitchell Barbieri picked up a large hunting knife and stabbed Inspector Anderson several times.

His mother then ran outside, armed with a sledgehammer, and attacked one of the officers trying to subdue her son.

Her non-parole period expires on June 5 and her sentence expires in December 2022.

“It’s just horrible, absolutely horrible that the family should have to deal with this,” Ray said.

Following on from our conversation last week, I wanted to confirm that the offender, Fiona Barbieri, is in the Correctional Centre at Emu Plains.

I have also found the following information in relation to external leave.

External leave refers to situations where an offender has planned leave from a correctional centre. The purpose of external leave is to help prepare offenders for their release from custody and allows Corrective Service NSW to monitor their behaviour in the community. There a 4 types of external leave including:

contribute towards the cost of their incarceration and assume financial responsibility for themselves and their family. Work release is strictly supervised and security checks are undertaken on nominated employers.

8:00pm, provided that they are accompanied by an approved sponsor. If the offender successfully completes 3 days of leave, they may progress to weekend leave.

company of an approved sponsor at all times.

It is my understanding that external leave may not be occurring at present due to COVID 19.

Don’t hesitate to contact the Victims Register if you have any further questions.