Ahead of Tuesday’s Melbourne Cup, Chris Smith is down in Melbourne to chat with trainers, jockeys and all those involved in Australia’s greatest race.

Today, he’s down among the Melbournians for the Cup Parade.

And despite rain expect to soak the streets, the crowds still gathered at Bourke Street all the way to Federation Square in the city’s CBD.

Magic Circle owner and British billionaire Marwan Koukash has vowed to wear a g-string if his horse wins the race.

“When we win – not if we win, when we win – Flemington will see a more colourful presentation than it’s ever had before,” he said at Saturday’s barrier draw.

He tells Chris Smith nothing will stop him. 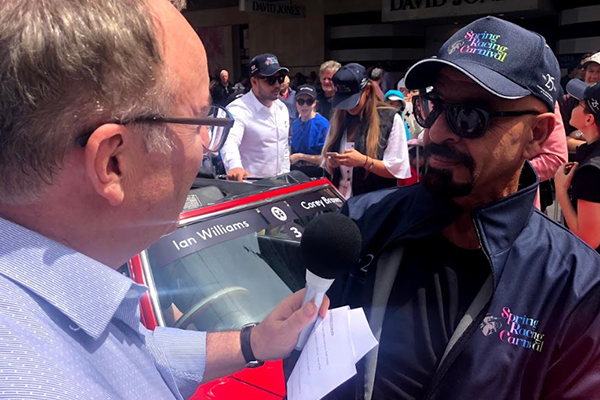 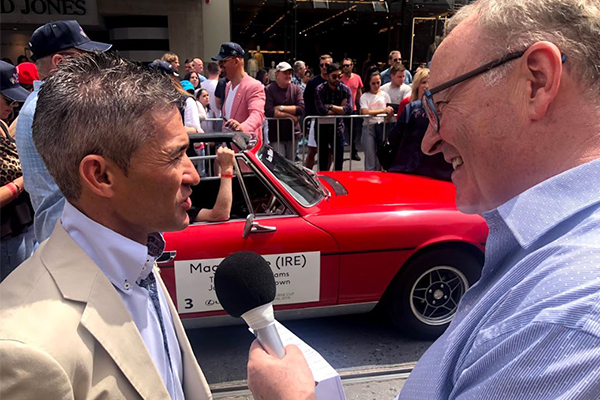 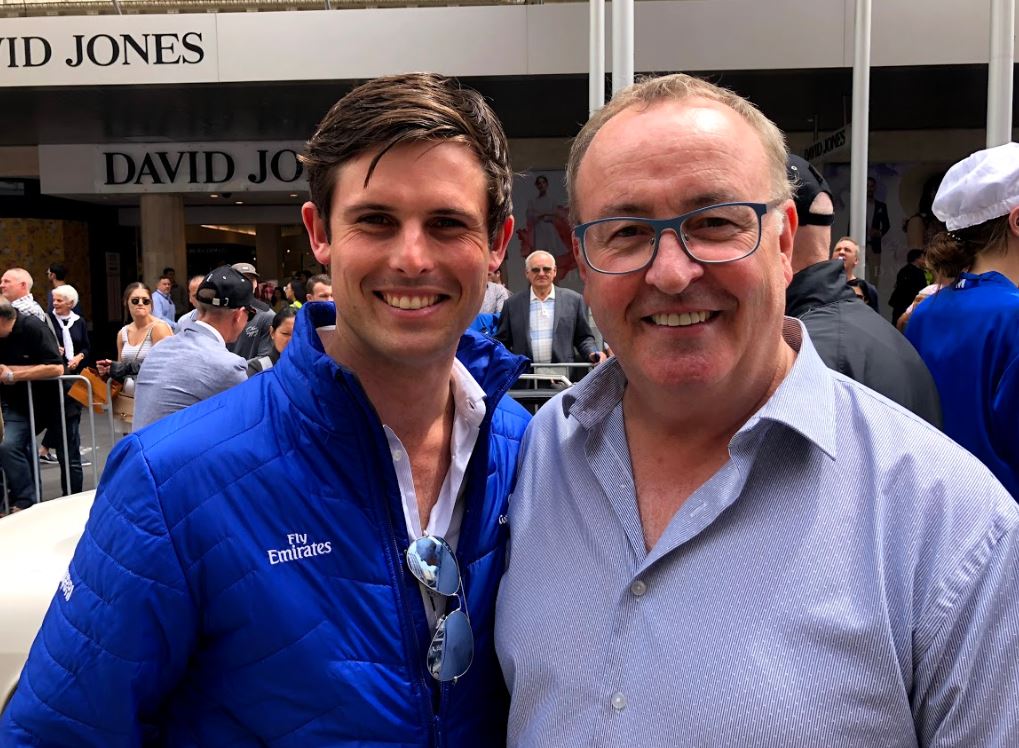 “Once you’ve got one on the mantlepiece, the jittery nerves sort of disappear.”

James is head trainer for Godolphin, and he’s hoping for a win with Avilius on Tuesday.

He says he’s got a good feeling.

“He’ll get there tomorrow in excellent shape.”

Max Hitchins has picked the Melbourne Cup winner 15 out of the last 30 years.

With a decent success rate, Mr Melbourne Cup, tells Chris who he thinks will place and how he picks a winner.

Click PLAY below to hear from Mr Melbourne Cup