A woman has died and several others injured after an elderly man crashed his car into a cafe at North Epping.

An 89-year-old driver crashed his Holden Commodore over an embankment and into tables and chairs outside a packed cafe on the corner of Malton and Roma St, North Epping just after 10am today.

Nine News Reporter Tiffany Genders tells Deborah Knight a group of mothers who had just finished the morning school run at North Epping Public School were sitting outside the cafe when the car ploughed into them, pinning one against a brick wall.

Tiffany spoke to a man whose daughter was one of the mothers injured at the cafe, who had called him hysterical saying there had been a terrible accident.

“She didn’t see the car coming, the first thing she knew was when it crashed down the embankment and into her group of friends,” says Tiffany.

Ambulance paramedics treated a 40-year-old woman with critical injuries and nine others with minor injuries. 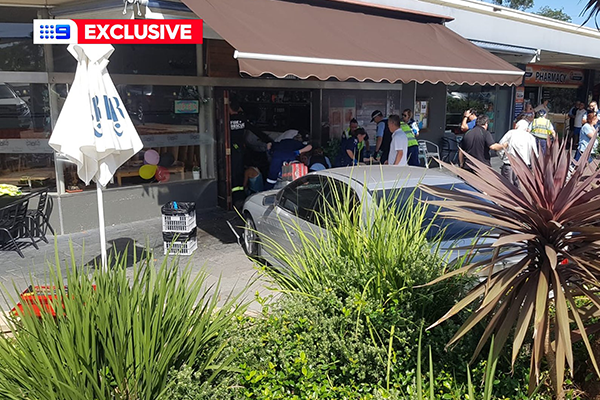 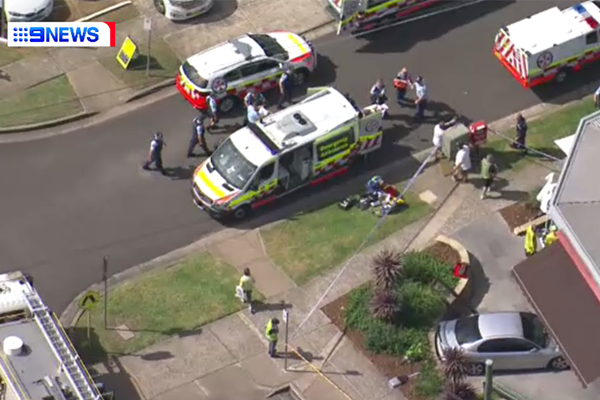 The rescue helicopter transported the 40-year-old woman to Royal North Shore Hospital in a critical condition where she later died.

The driver of the car has been taken to Ryde hospital for mandatory testing.

Officers have established a crime scene and are starting investigations.

Tiffany says witnesses are still at the scene giving statements to police, however many are “very distressed and breaking down” in shock.

“They were confronted by absolute carnage everywhere.

“Paramedics had to work extremely quickly to identify those who were injured… and triage a number of people.”