A bushfire burning along the M1 motorway has caused huge traffic delays north of Sydney.

It’s believed the Killingworth fire started at around 2.30am on Thursday after a vehicle caught fire.

Rural Fire Service crews have been backburning along the western side of the motorway to try and prevent its spread but the blaze has since jumped the road.

The M1 was initially closed in both directions at Killingworth between Palmers Road and Newcastle Link Road, but the motorway has since reopened as firefighters continue to battle the blaze.

The RFS says there’s a “heightened” level of threat and has issued a ‘Watch and Act’ alert to residents in the area. 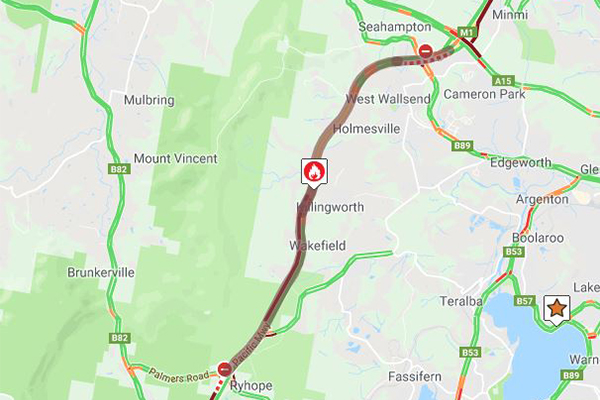