A severe thunderstorm warning was issued in the morning, with the wild weather hitting the Blue Mountains and Penrith just after 8am.

“Very dangerous thunderstorms are forecast to affect Gordon, Mona Vale and Terrey Hills by 9:05 am,” according to the Bureau of Meteorology. 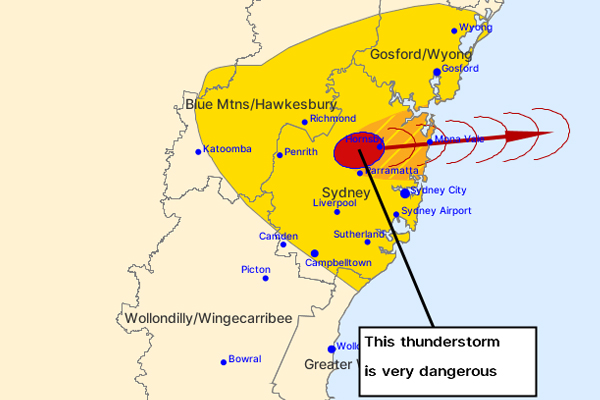 The severe warning was cancelled by 9.30am, but storms are still expected to continue across Greater Sydney for most of today.

Callers phoned in from across western Sydney as the storm swept in from the Blue Mountains.

A severe thunderstorm is currently heading east over the Northern Beaches. pic.twitter.com/K2gLGZanCo

The State Emergency Service (SES) has issued the following advice: