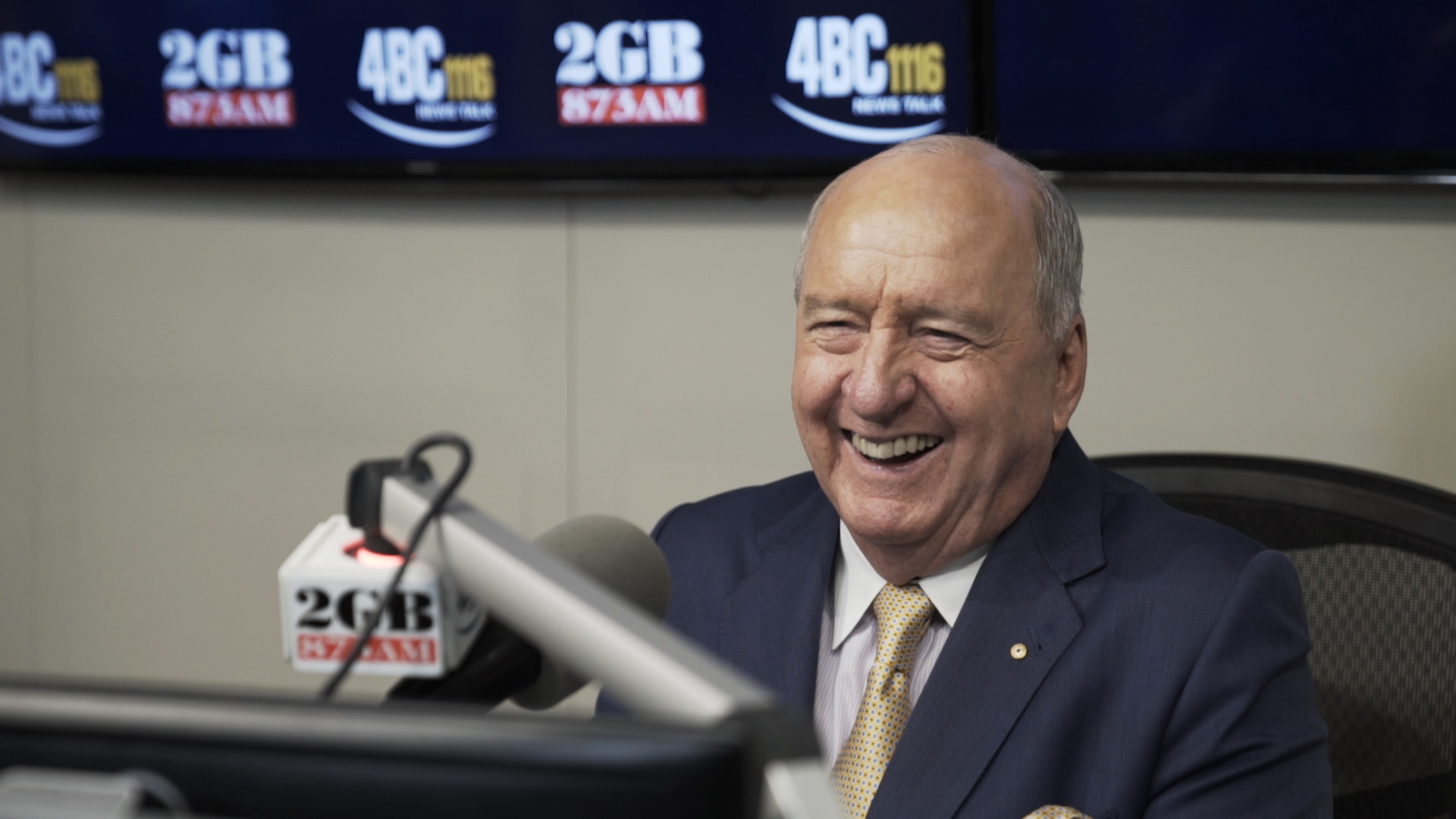 Australia’s most popular and successful talkback presenter Alan Jones AO, has today announced that, acting on doctors’ advice, he will step down as the host of the 2GB and 4BC breakfast program at the end of May.

During his broadcast this morning Jones told listeners: “We are living in the world of coronavirus. The most repeated statement we hear is ‘we must listen to the experts’. Well, the experts are telling me in no uncertain terms, and not for the first time I might add, ‘continuing with the present workload is seriously detrimental to your health’.

“I have listened to the experts and I am taking this opportunity to indicate to my radio family that I will be retiring from radio at the end of this month.”

During a distinguished career that has spanned 35 years behind the microphone, Alan Jones has dominated the breakfast radio timeslot, recording an unequalled 226 survey wins – the undisputed greatest radio broadcaster in Australian history.

Jones’ broadcasting career began in 1985 when he was recruited to join Radio 2UE as its mornings host. He moved to the breakfast shift in 1988 and soon shot to #1 with his unrivalled ability to break down complex issues and communicate them simply and clearly, and his passionate championing of struggle street – the people and listeners he was closer to than anyone. In 2001, he moved from 2UE to 2GB driving the station to #1 in the Sydney market, a position it has held ever since.

“Alan Jones has a unique place in Australian media,” said Peter Costello, Chairman of Nine. “His ratings record makes him the outstanding broadcaster of his generation. His ratings record will never be matched.

“Alan’s interests across politics, sport, the arts, business, made him a broad and stimulating commentator.

“He was always passionate and relentless in pursing issues on behalf of his listeners.

“And he was tough – as I can attest when I was on the other side of the microphone.

“Away from the microphone, Alan was warm and generous. Many people benefited from his support. He neither advertised nor sought recognition for it.

“Alan Jones will be given many accolades, and he deserves them. A great career. An outstanding contribution.”

Nine’s CEO Hugh Marks said: “I want to acknowledge Alan for his contribution to 2GB, and prior to that 2UE, over many years. Alan has shown a dedication to his craft unlike any other and with that dedication comes excellence.

“This focus on his program’s content has given him outstanding audience loyalty demonstrated over decades.

“We wish him well and thank him for all he has done.”

“The most telling indicator of his greatness was the switch from 2UE to 2GB – when Alan moved stations and the audience followed in lockstep. Alan did not miss a beat at #1. Sydney’s listeners repaid his advocacy with loyalty – Alan has always put them first.

“Alan is a giant of Australian radio. We look forward to celebrating his soaring achievements at the appropriate time. We wish him well and thank him for everything he has achieved.”

Jones will be continuing to broadcast on Sky News and will also continue writing for The Daily Telegraph and The Australian.