Breast cancer victim’s heartbreaking letter to her loved ones

A woman whose life was cut short after a battle with breast cancer left behind a beautiful letter to be read at her funeral.

Vanessa Juresic was just 36 when she was diagnosed with stage four triple-negative breast cancer, an aggressive strain which took her life shortly after.

She left behind a gorgeous letter for her friends and family, which she requested they read at her funeral.

It’s full of advice for those closest to her, encouraging them to go after what they want, and above all, be kind.

Click PLAY below to hear the letter being read out

Ben was joined in studio by Vanessa’s sister, Sophie Juresic, and her friend, Lisa Mayoh. 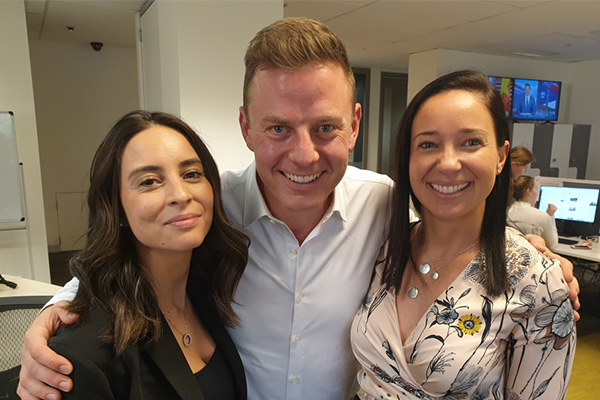 Lisa tells Ben that Vanessa asked her to read the letter at her funeral, but she wasn’t sure she’d be able to do it.

“I didn’t think I’d be strong enough to do it because this is my best girlfriend. She was like my sister, she was everything to us.

“But I got up there on that altar and I saw her photo and I saw her family and I knew all of her friends needed to hear this letter.”

Sophie says she chose not to read the letter before her sister’s funeral.

“I could’ve read it beforehand, but I didn’t want to. I wanted to share the special moment that everyone else did at that funeral. It was just amazing.”

Vanessa’s loved ones have started the White Butterly Foundation in her memory, to help raise money for research into the cancer that took her life.

The foundation’s first fundraiser, the White Butterfly garden party, will be held in October.