Multiple trucks caught fire after a crash on a street in Wetherill Park.

Both drivers sustained minor injuries and were treated at the scene by NSW Ambulance paramedics. 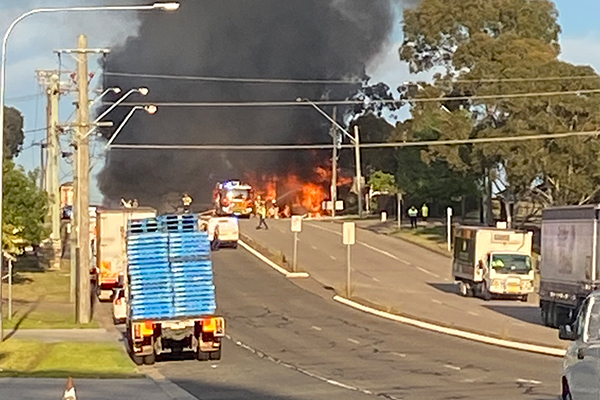 Fire & Rescue NSW are working to extinguish the blaze.

“It’s a miracle that they are okay.

“One of them was trapped in that truck for a short period of time while it was alight.”

Listener Tim described the scene about half a kilometre away from the accident.