NSW Premier Gladys Berejiklian has revealed the state’s roadmap for the lifting of restrictions at 80 per cent of the eligible population fully-vaccinated.

All three stages of the roadmap have been announced.

At 70 per cent, as previously detailed, retail, hospitality and services will reopen and small gatherings will be allowed in homes.

The Premier “quite confidently” declared the benchmark would be reached for reopening on October 11.

“We are nearly, nearly there, and let’s not give up at the last minute.”

At 80 per cent, forecast to be reached as little as two weeks later, people will be permitted to travel freely around NSW, host gatherings of up to 10 guest, drink standing up at a pub.

Caps on personal services, funerals and weddings will also be lifted, and unvaccinated people can attend places of worship.

The Premier encouraged NSW to “exercise a lot of caution” between these two stages of the roadmap.

In the final stage, on December 1, unvaccinated people will be permitted all the above freedoms, and capacity restrictions will be lifted from one person per 4sqm to 2sqm. 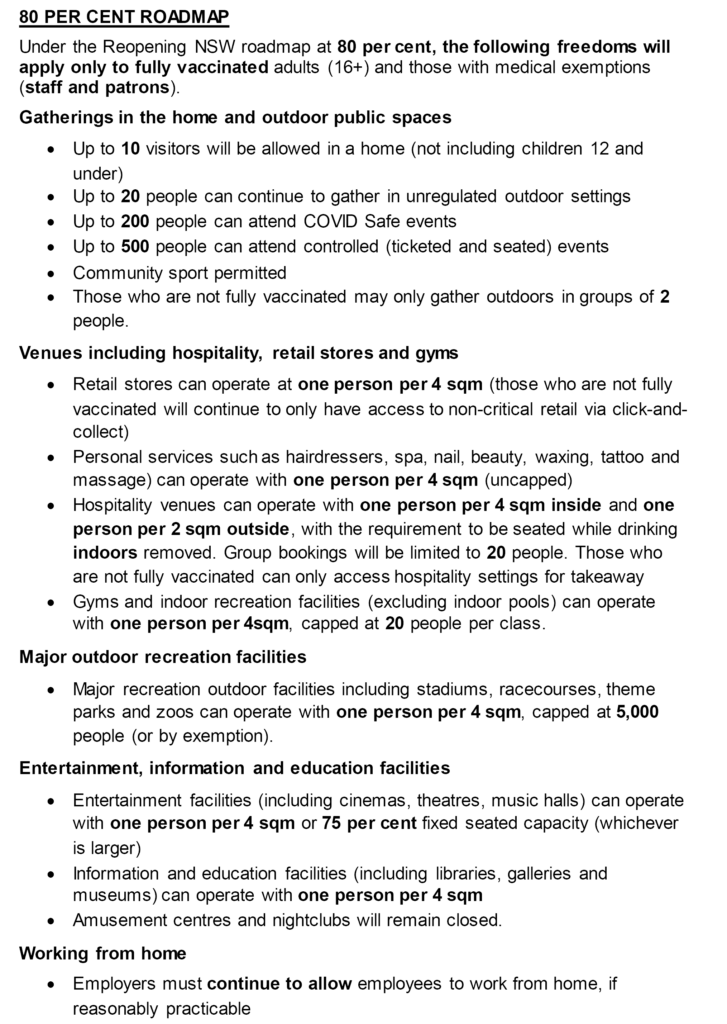 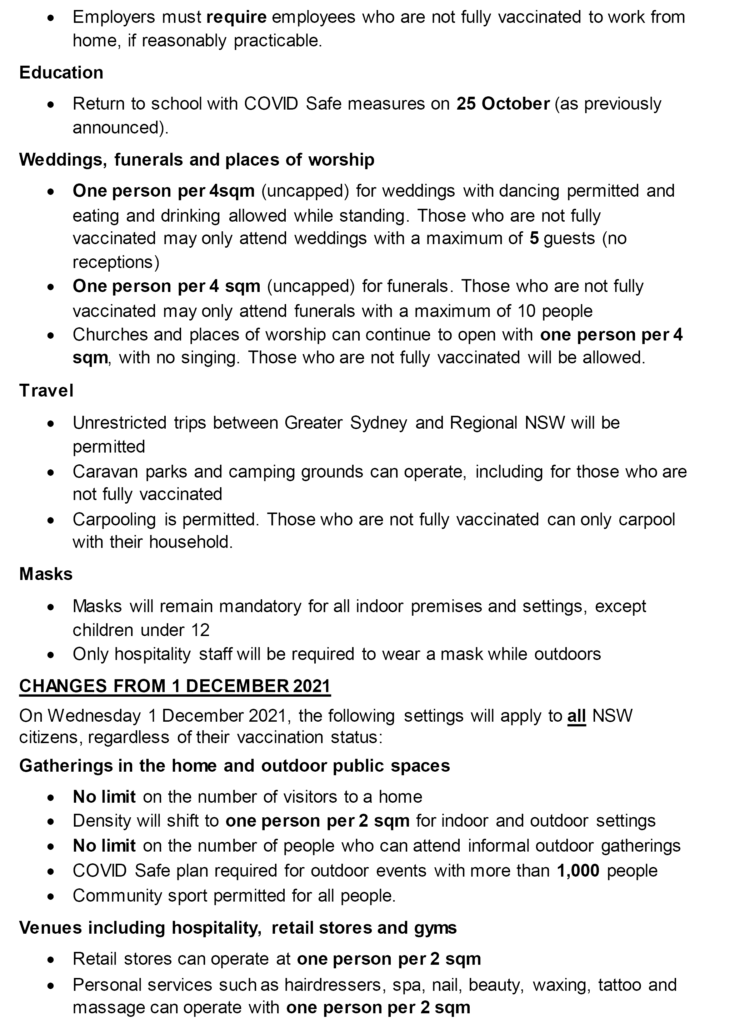 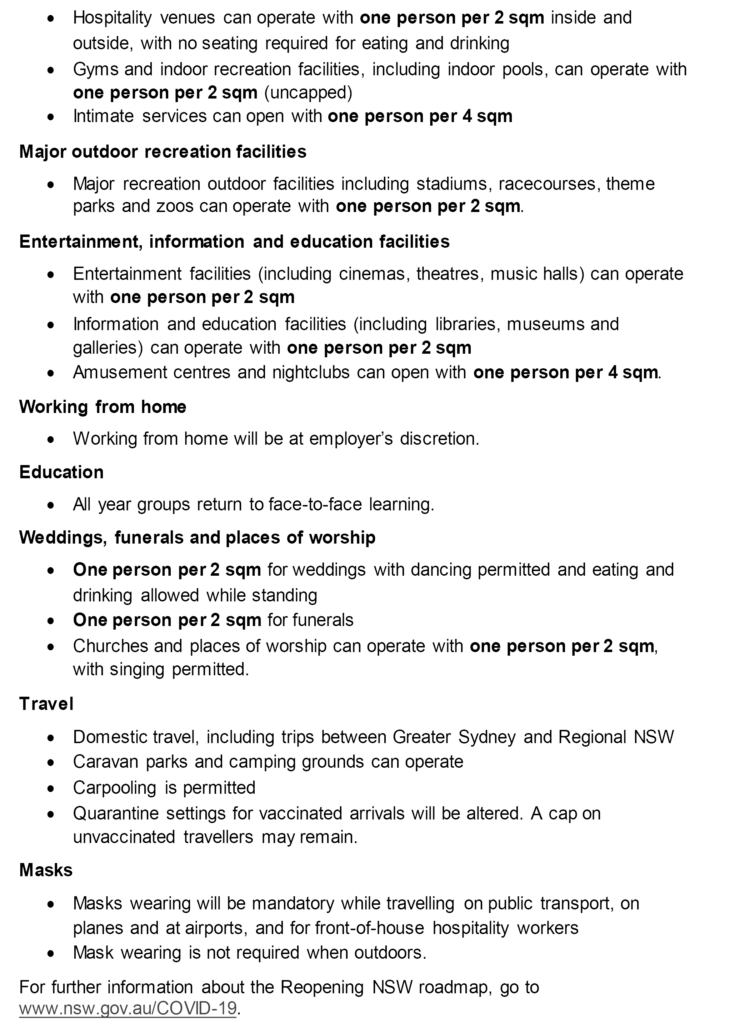