Australian country music artist Brad Cox has reflected on his recent success and the incredible feeling of hearing an audience sing his songs back to him.

It’s been a whirlwind few months for Brad Cox, who last year won the Star Maker award, which recognises emerging Australian country music artists and has launched the careers of the likes of Keith Urban and Lee Kernaghan.

Brad dropped in for a chat with Ray Hadley, and says things have changed significantly since the last time they spoke. 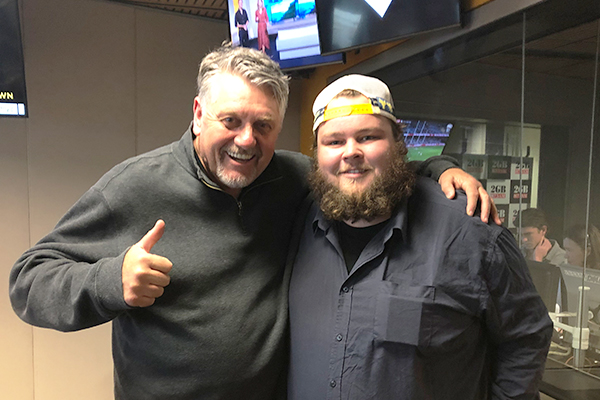 He says the most incredible thing about his recent success is the feeling of hearing an audience sing his own lyrics back to him.

“It’s the coolest thing listening to people, fans I suppose they are now, singing the songs that I wrote six beers deep in the middle of the bush by myself.

“I never thought that was something that would be like a goal, but once it happened I was like ‘this is it, this is cool.’”