Four people have been injured in a multi-vehicle crash in Sydney’s west yesterday.

Police are investigating a crash involving three cars at the intersection of Smithfield Road and Beavors Street, Prairiewood.

Reports to police suggest a Toyota Corolla and Ford Raptor collided, causing the Ford to travel onto the incorrect side of the road and collide with a White Hyundai iLoad. 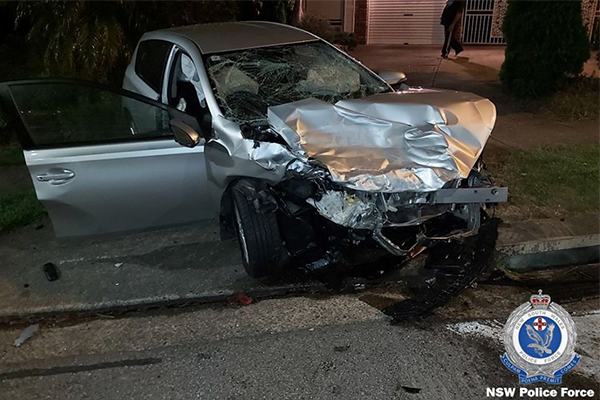 The front passenger in the Ford, a 16-year-old boy suffered neck and leg injuries. And an 18-year-old man, sitting in the rear of the Ford, suffered chest injuries.

All occupants of the vehicles were taken to hospital.

Police are requesting anyone who may have witnessed the crash or have footage of it, to contact police.

Anyone with information about this incident is urged to contact Crime Stoppers: 1800 333 000 or https://nsw.crimestoppers.com.au. Information is treated in strict confidence. The public is reminded not to report crime via NSW Police social media pages.