Boris Johnson and the Conservatives are rocketing towards a landslide UK election victory according to the exit polls.

Polling booths shut earlier this morning and counting is continuing across the nation to determine who will lead the nation.

The conservatives need to hold their seats, and gain nine more, for a working majority to deliver Brexit. 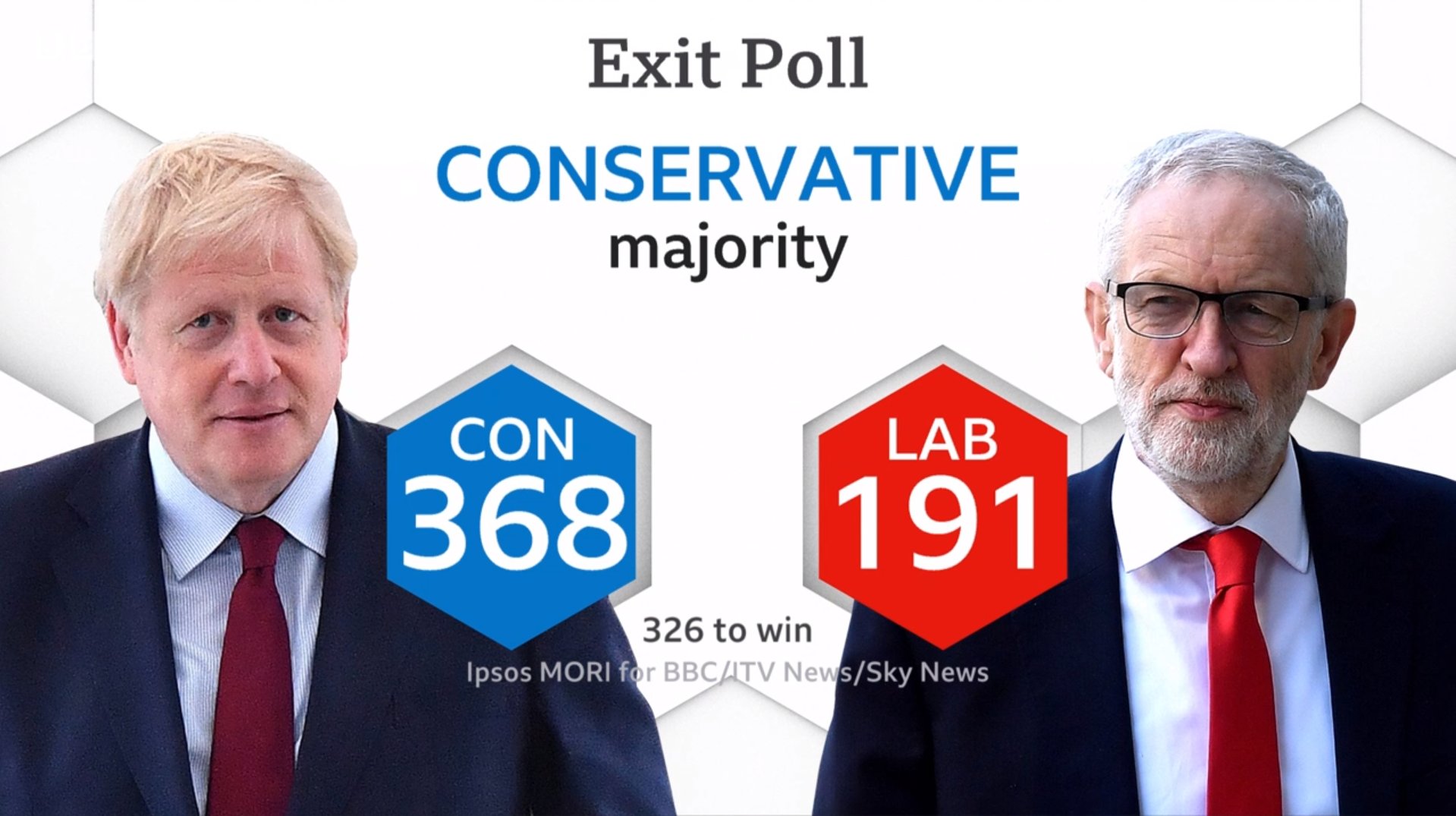 Labour is forecast to have its worst result since 1935, with just 191 seats expected to go to Jeremy Corbyn’s party.

Sky News reporter Laura Jayes is in Great Britain for the vote and tells Ray Hadley the numbers are solid.

“These are historically bang-on and it shows a thumping majority for Boris Johnson, a complete capitulation of the Labour Party.

“They haven’t predicted it wrong in something like two decades.”

Ray Hadley says “there’ll be a sigh of relief” around the world.

“I think Great Britain has saved itself from a really ordinary fate,” says Ray Hadley.

“The policies of Mr Corbyn would have put the world ill at ease.”