Ben Fordham is calling out the Academy Awards for its handling of the violent incident involving Will Smith.

Will Smith shocked the world when he walked onto the stage at the Academy Awards and slapped Chris Rock over a joke about his wife, Jada Pinkett-Smith.

Smith then proceeded to win an Oscar for best actor.

The Academy later stated in a tweet, “The Academy does not condone violence of any form”. 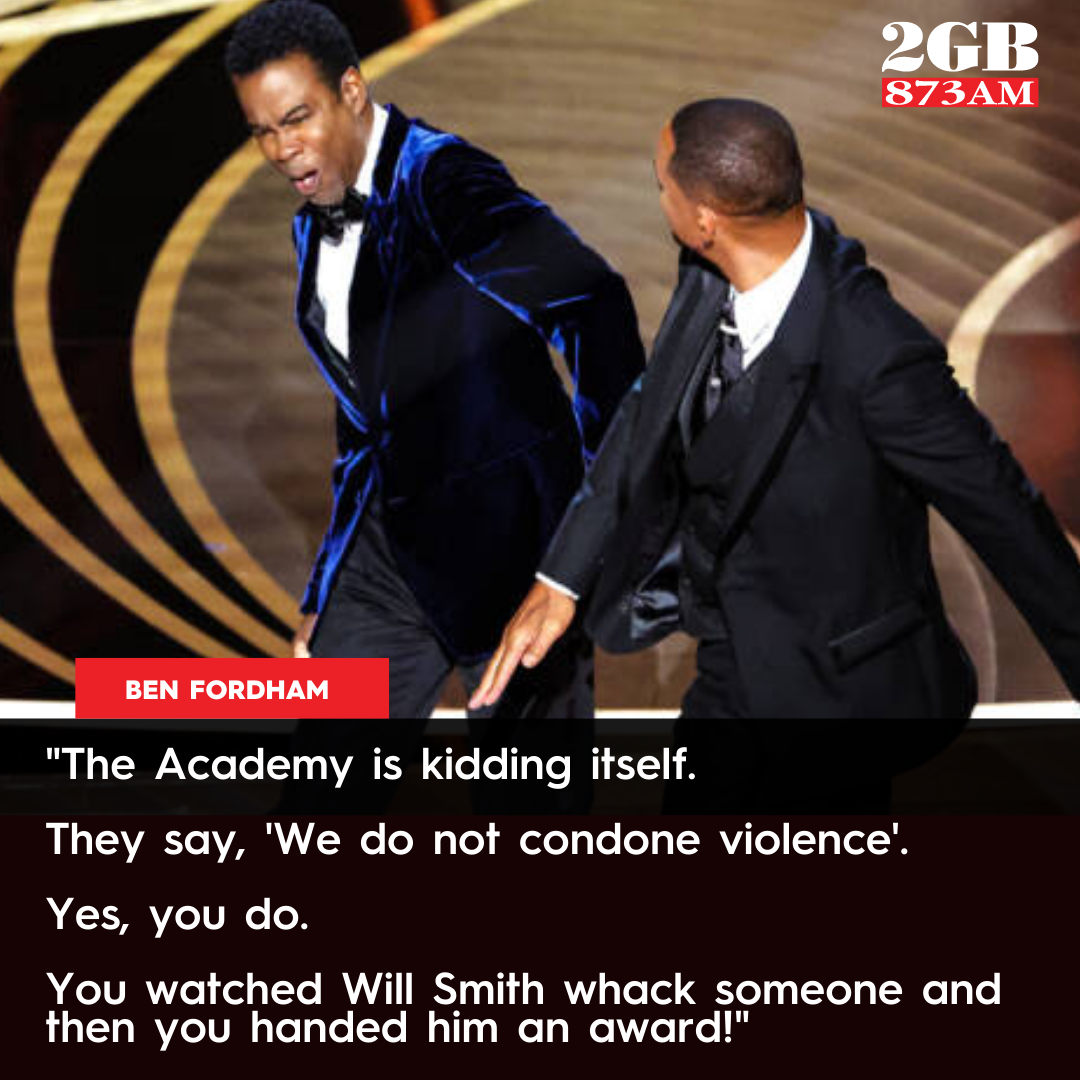 Ben is questioning why the actor was allowed to return to his seat without any repercussions.

“The double standards are appalling.

“They lecture everyone else about how to behave but when the bad behaviour happened on their stage it was a case of see no evil, hear no evil.

“The Academy Awards are an embarrassment.”