Heavy rain, large hailstones and even a tornado have sporadically battered parts of the NSW Central Tablelands.

“It actually started from about south of Bathurst and travelled a distance around 50km.

“Thankfully it’s an area that is not really heavily occupied.

“Unfortunately there has been some minor injuries and one person has been conveyed by NSW Ambulance to hospital for further assessment and treatment.”

2GB listeners have reported hail the size of marbles in the Hills District in Sydney’s north-west.

Annangrove, Kellyville and West Pennant Hills are among the affected suburbs, as is Castle Hill where the picture below was taken. 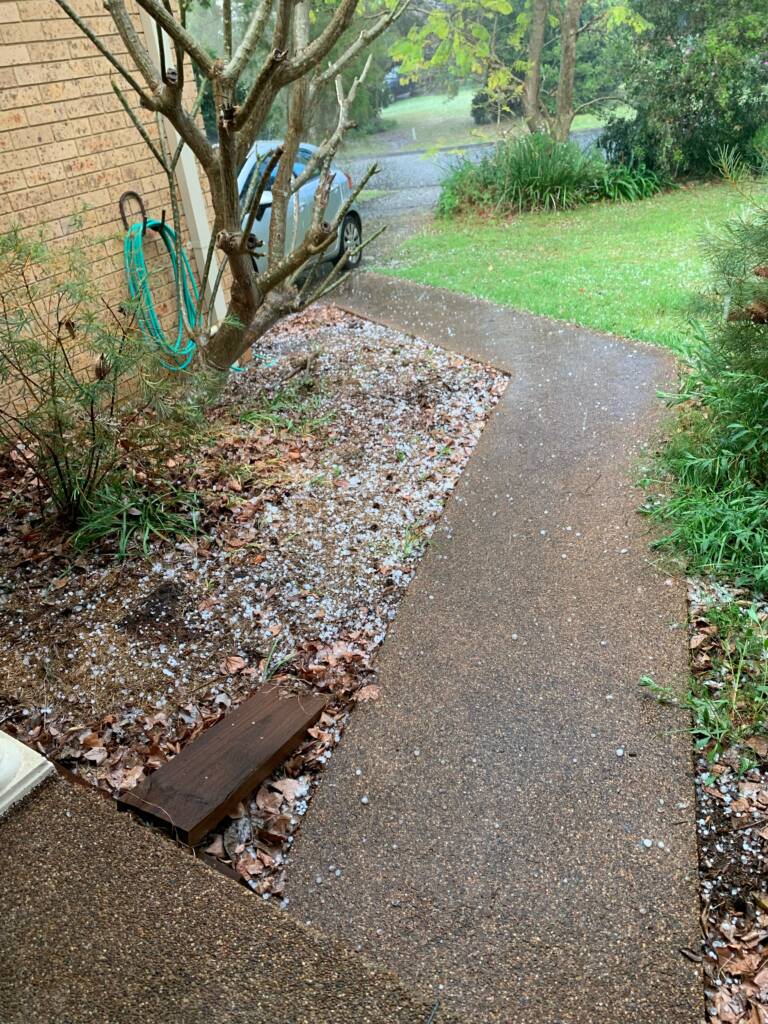