Labor has announced it will hold an inquiry into the proposed inland rail system, claiming the federal government has “botched” the scheme.

The $10-billion government project would update and extend a freight line between Melbourne and Brisbane.

But many farmers have raised concerns about the proposed route of the rail line among other problems. 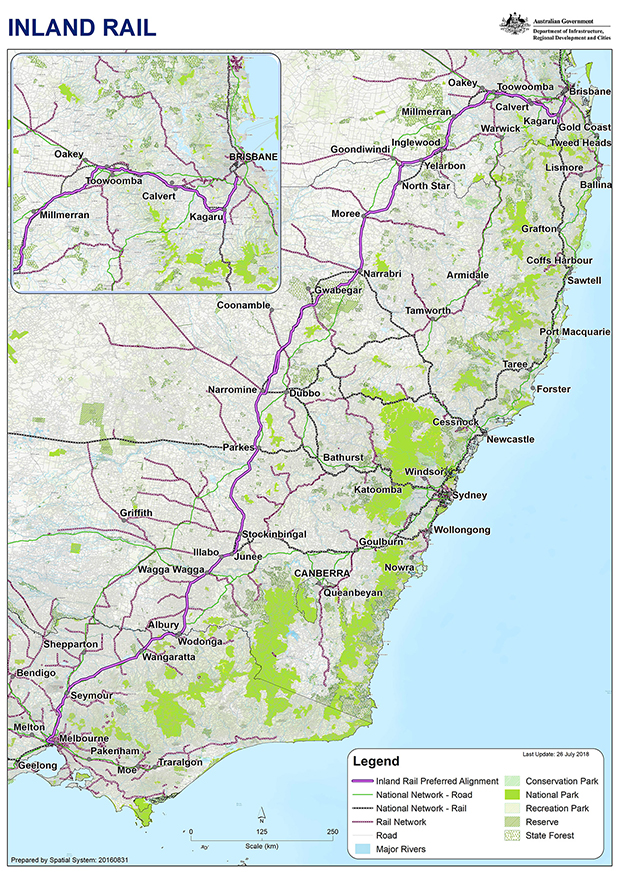 “This is appalling, the government has botched this from day one.

“Which is why today, standing next to the NSW farmers, I’ll be announcing a federal Labor government will have a full public inquiry into this debacle.

“It is very clear that the government has failed to consult properly.

“It’s very clear that there are real issues with the route going through prime agricultural land, that the locals aren’t being listened to.”

Major concerns as government forges ahead with $10b inland railway