South Sydney cyclist John Alam is lucky to be alive after suffering a heart attack and collapsing into bushland in Bangor while out riding.

While the two men were administering CPR an ambulance drove past, stabilising John and giving him the chance not only to survive but make a full recovery after five days in hospital.

John told Jim Wilson his reunion today with his rescuers was “humbling”. 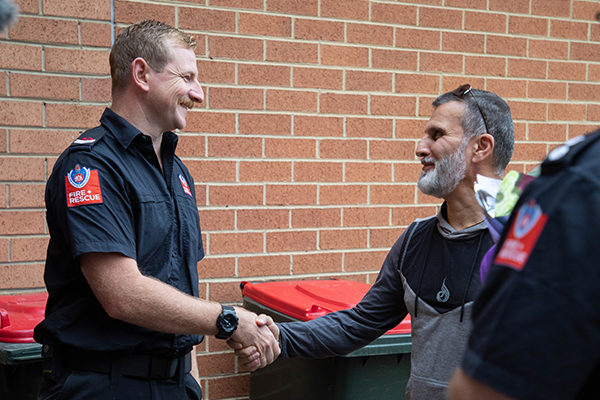 “I don’t remember anything from the day at all … I had a complete loss of memory.

“I am grateful to be alive … these guys are angels.”

Chris told Jim it was “a pretty lucky chain of events”, feeling “helpless” until Peter arrived.

“We knew John was alive and breathing when he left to go to hospital, but we didn’t actually know what state he was in for a few days.

“To go and see him today was pretty amazing.”