More than 1000 people from across the industry gathered at the Melbourne Exhibition and Convention Centre for the 30th annual running of the awards.

Aussie musicians Conrad Sewell, Amy Shark and Vera Blue performed but the night belonged to those hard-working people behind the mic and behind the scenes who bring radio to life.

After 28 years as the Executive Producer of the Alan Jones Breakfast Show, Paul Christenson was recognised as the Best Show Producer – Talk/Current Affairs.

2GB News Director Erin Maher picked up the gong for Best AM Newsreader. 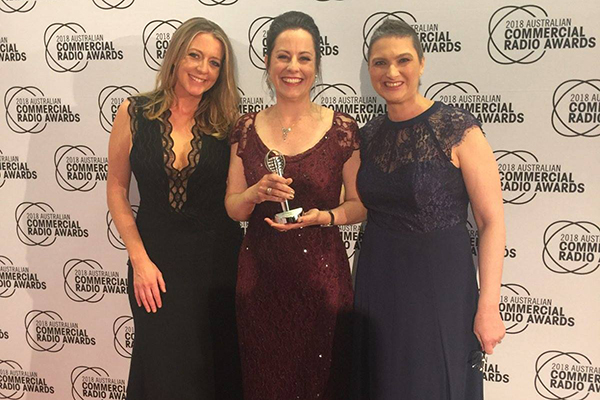 Click PLAY below to see what the ACRAs are all about

What an amazing night! It’s always wonderful celebrating the talents of the radio industry from the last 12 months – watch how the #ACRAS2018 unfolded. pic.twitter.com/4fI9hacXMM

Thank you to our listeners!