Ray Hadley has unleashed on a disgraced state Liberal MP who is refusing to resign from politics despite being involved in a property development scandal.

Member for Wagga Wagga Daryl Maguire is refusing to quit parliament after the corruption watchdog heard secret recordings of him discussing possible kickbacks with one of China’s biggest property developers.

Mr Maguire has resigned from the Liberal Party, admitting he breached a “strict code of conduct”.

But instead of stepping away from politics, he’s digging in his heels, saying a by-election is an “unnecessary” cost to taxpayers.

“You’re an old tea leaf, trying to get money from a Chinese developer to put a development through. That’s what you are, you’re an old thief.

“I know that’s defamatory Daryl, but it’s hard to imagine anything else that you are.”

Ray says the fact the former MP will receive a political pension of over $80,000 a year is a “disgrace”. 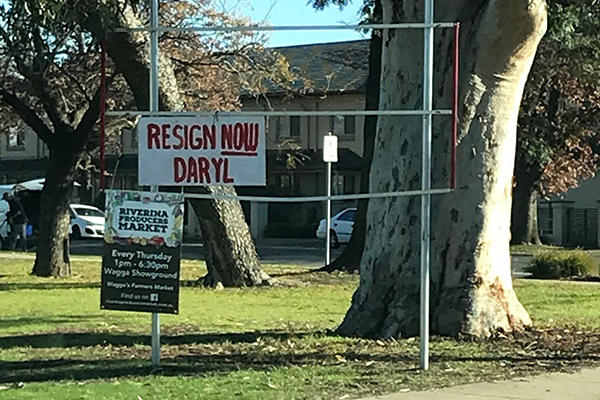 Local resident Peter has called in to tell Ray their member has “disgraced the whole community”.

“I’ve got no confidence in him whatsoever,” Peter says.