The world’s first driverless ute will be trialled on New South Wales roads next year.

The vehicle is being developed with specific technology to help avoid a rather Australian problem… kangaroos.

About 100 people are seriously injured on NSW roads each year due to collisions with kangaroos, with two people killed in 2018.

The smart utes will be trialled at Dubbo, Coffs Harbour and Armidale over the next 12 months. 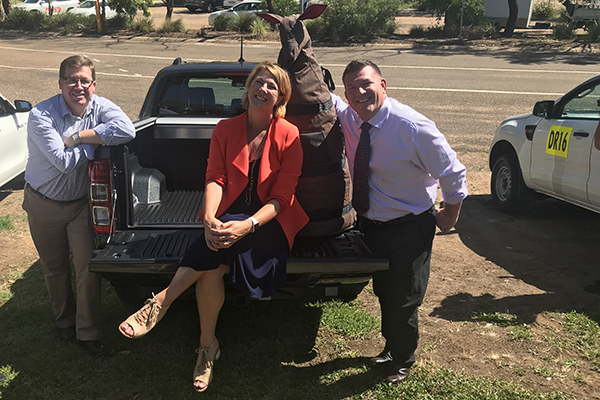 Ms Pavey tells John Stanley this is the way of the future.

“It is a fact that cars are a lot safer and smarter when you’ve got that technology assisting you.

“Which I think ultimately will be the biggest game-changer in road safety in the decades to come.

“If we can use technology into the future it can be our friend, not our foe.”

Paul Maric from CarAdvice.com.au says it’s good to see this technology being taken seriously, but we should be focusing on diverting roos from our roads.

“I think the better option is to get them away from the roadside,” he tells Luke Grant.

“If you can eliminate the need to… alarm a driver, you’re going to reduce injury.”

Click PLAY below for the full interview with Paul Maric